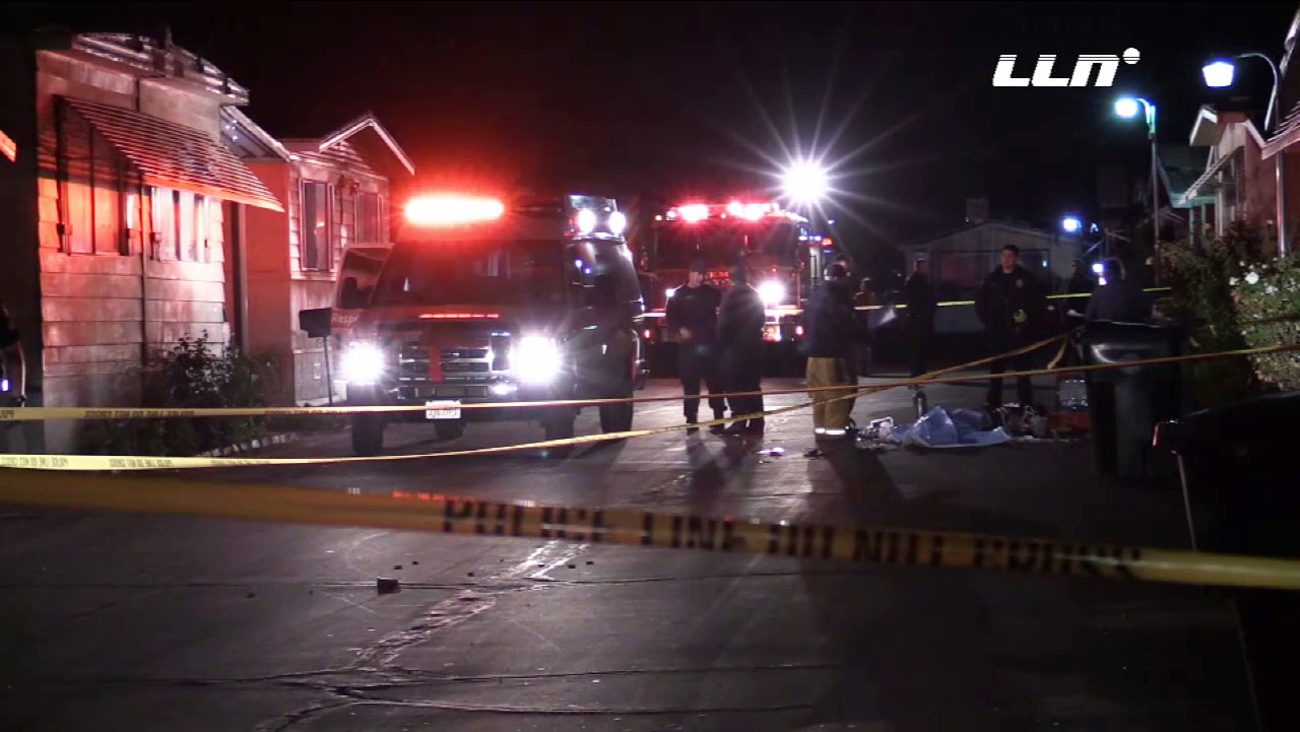 Crime scene tape ropes off the scene of an officer-involved shooting in Hemet on Monday, Dec. 21, 2015. (LLN)

HEMET, Calif. (KABC) -- A man was shot and killed by Hemet police following reports that he was waving a gun and yelling early Monday morning.

Police said they received several 911 calls about the man near the 1400 block of South State Street around 2:30 a.m.

One caller said he had barricaded his family in their home and the suspect was trying to force his way inside.

Officers responded and said they opened fire when the suspect brandished a weapon at them.

The man was pronounced dead at the scene.

An investigation was underway. If you have any information about this incident, you're urged to contact Hemet police.
Related topics:
hemetriverside countypolice shootingofficer involved shootingman killedpolice
Copyright © 2020 KABC-TV. All Rights Reserved.
More Videos
From CNN Newsource affiliates
TOP STORIES