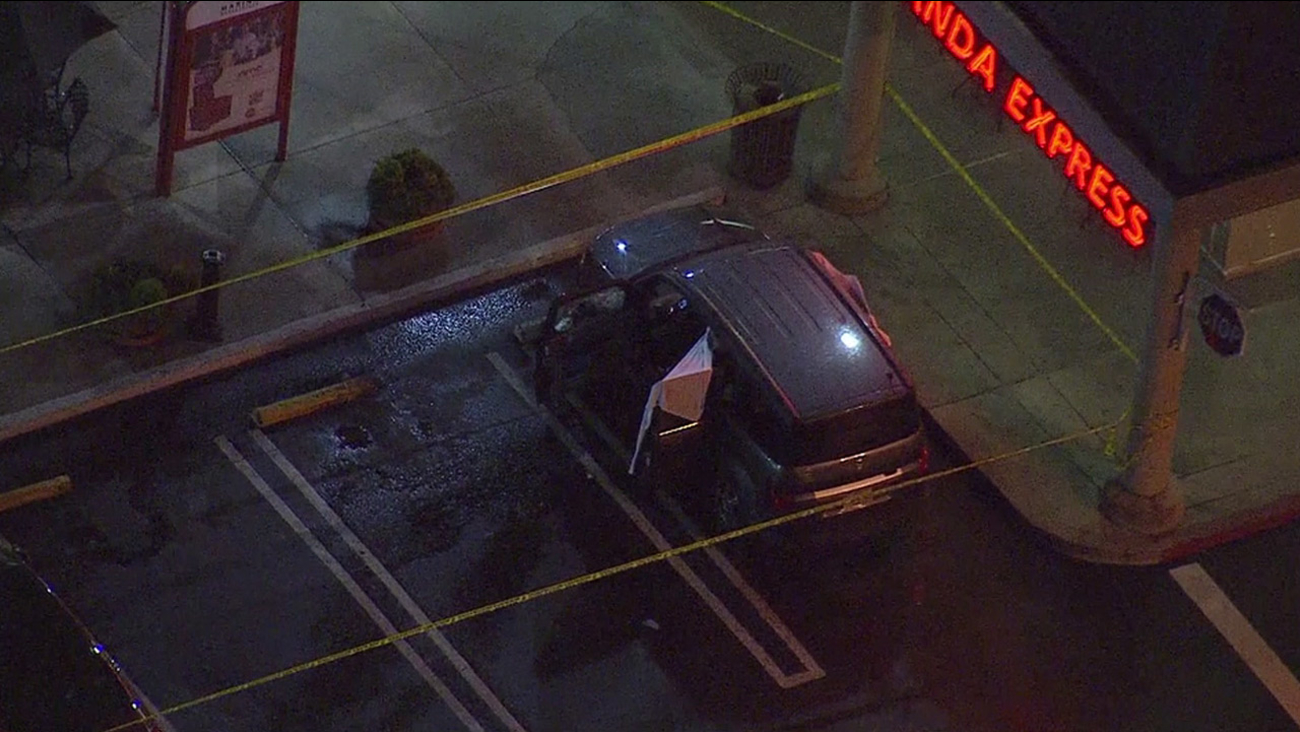 Authorities were investigating a shooting in front of a Panda Express in a Marina del Rey shopping center on Wednesday, Jan. 6, 2016. (KABC)

Authorities responded to the 4300 block of Glencoe Avenue around 7:55 p.m. on reports of shots fired.

When Los Angeles police arrived, the teen was found suffering from a gunshot wound inside of a Honda Element. She was pronounced dead at the scene.

Eyewitnesses told ABC7 shots were fired near Jerry's Deli and the teen screamed out then drove across the parking in front of the Panda Express where she died.

The victim's Honda had Texas license plates and ABC7 has learned the teen was from Houston and visiting relatives in Marina del Rey.