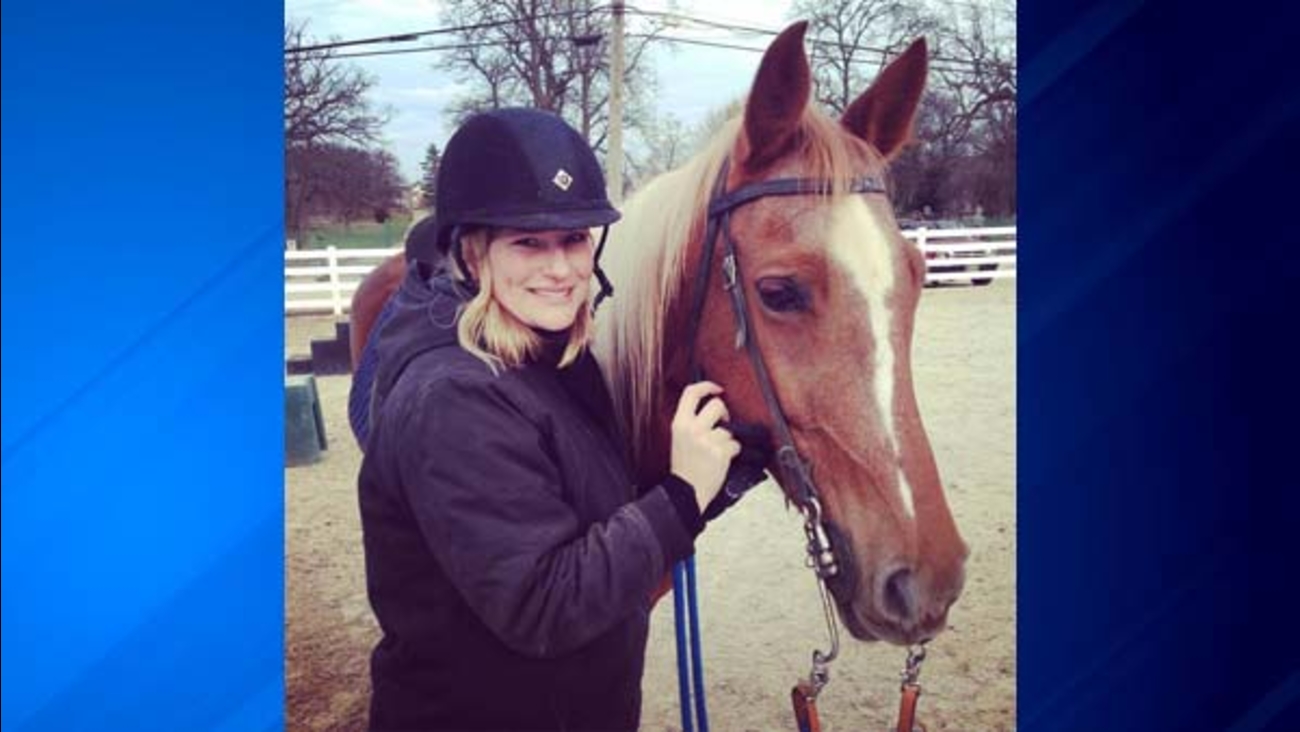 CHICAGO -- An American tourist was killed in Belize, and the victim was identified as Anne Swaney, executive producer of digital operations at our sister station, ABC7 Chicago.

"We offer our sincerest condolences to her family and loved ones on their loss," said a U.S. State Department spokesman in Washington.

Swaney, 39, was an avid world traveler and on a vacation in the Cayo District of western Belize, a popular destination for American adventure travelers and horse enthusiasts. She was staying at the Nabitunich Farm near a tiny town called San Jose Succotz.

"At 8 a.m. yesterday, Anne went to the Mopan River to do her yoga practice," said Benque Viejo Police Superintendent Daniel Arzu. She apparently had planned to go on a horseback expedition Thursday morning, but when the group came up one animal short, Swaney stayed behind.

"A horse riding tour returned in the afternoon and found her personal effects on the deck. This looked suspicious, so they went to her cabin, and she wasn't there. They told the owner who called the police. The police came with their canine unit, and the scent led them along the river but due to the darkness the search was called off for the night before finding her," Arzu told ABC7 Chicago.

"At 8:15 a.m. (Friday) the police search found her. A physical check showed bruises on her neck and lacerations on either side of her head," Arzu said.

Authorities said Swaney was taken to San Ignacio Hospital in Belize, where she was pronounced dead. Her body was taken to the Belize city morgue, where an autopsy was underway.

Investigators said that they were questioning a man who was seen fishing near the crime scene, but he was not considered a prime suspect at this time. The man, a Guatemalan national, maintains he was just fishing and was not involved in her death, police said.

Swaney is being remembered as a newsroom leader with a penchant for detail and a passion for getting facts straight.

"She was a trailblazer in the digital news space and was one of our first website employees," said John H. Idler, president and general manager of ABC7 Chicago. "Anne helped us evolve our business and our newsroom, but most importantly, she was a kind person who was always had a smile and a positive attitude."

There is not a nationwide tourist advisory in effect for Belize. However, tourists are told to exercise a high degree of caution due to an increasing rate of violent crime throughout the country. In the Cayo District, armed robberies occasionally occur near the western border with Guatemala, especially near Caracol to the south.

Police say criminal activity, including armed robbery, mugging and sexual assault, is a significant problem throughout Belize. Robberies and assaults have been reported in resort areas. There has been a noted increase in violent crime targeting tourists since the end of 2013. Criminals often operate in groups and target persons traveling alone.

Cases of sexual assault against female travelers have also be been reported in that district.

Drug-related crimes are also on the uptick. The transit of drugs, particularly cocaine and precursor chemicals for methamphetamine, has risen. Belize was included on the FY12, 13 and 14 U.S. Majors List of illegal narcotic producing and/or transit countries.

In January 2014, two American citizens were kidnapped at gunpoint from a resort area near the western border with Guatemala. A Canadian filmmaker was killed in January 2015 to the south of the district. And in May 2015, two American men were murdered in a suspected drug-related armed robbery. An 18-year old suspect was charged.
Related topics:
murdertouristhomicide investigationu.s. & world
Copyright © 2021 WLS-TV. All Rights Reserved.
More Videos
From CNN Newsource affiliates
TOP STORIES