8 kids treated, 1 adult taken to ER due to unknown odor at Fontana school 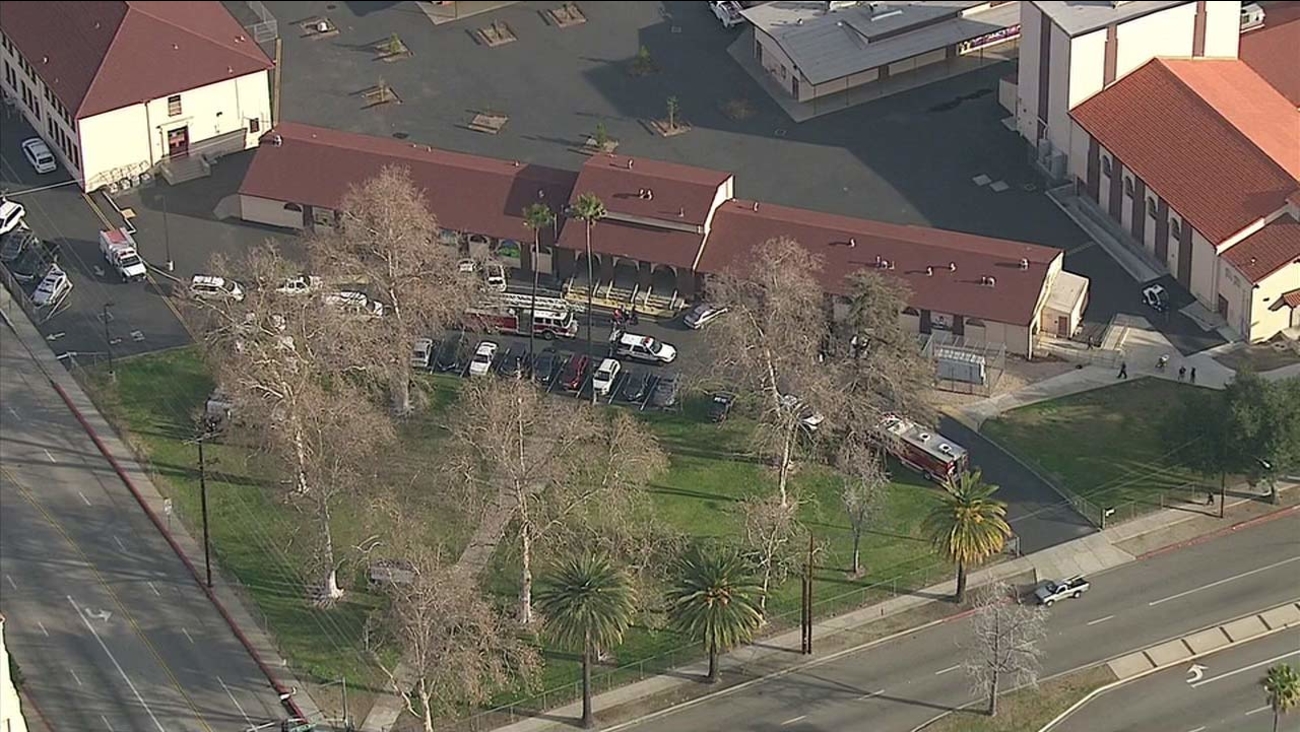 FONTANA, Calif. (KABC) -- Eight children were treated and one adult was transported to an emergency room after an unknown odor triggered a hazmat response at Fontana Middle School on Thursday.

The San Bernardino County Fire Department responded to the school located in the 8000 block of Mango Avenue around 8 a.m.

Responding hazmat investigators tried to identify the source of the odor. They isolated the odor to two buildings on campus - the administrative building and a building for classrooms.

#Fontana (update): Number of patients being evaluated now at 8, with 1 being transported to local ER.^CP343 pic.twitter.com/g2sQJZV91k

Fire department officials did not specify the symptoms of the eight children who were treated. Their ages were not immediately known.