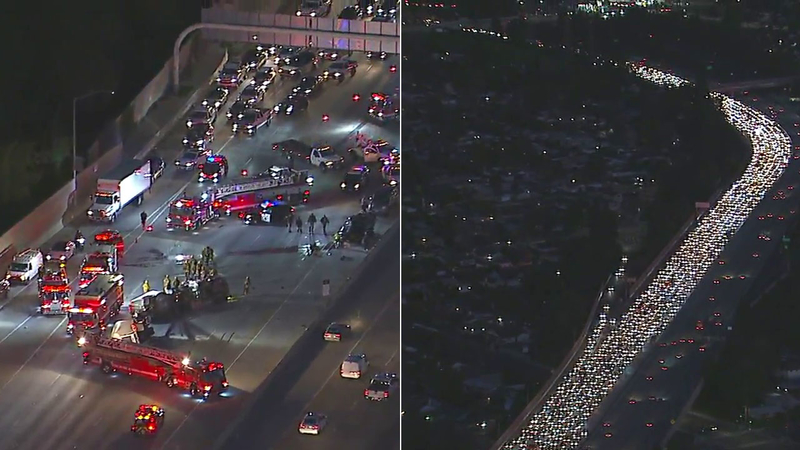 GRANADA HILLS, LOS ANGELES (KABC) -- All lanes of the eastbound 118 Freeway are shut down in Granada Hills early Monday due to a crash involving an overturned big rig.

The closure, located at Woodley Avenue, is expected to last through about 12:30 p.m., according to the California Highway Patrol.

The crash is believed to involve multiple other vehicles, one of which was spotted being loaded onto a tow truck.

The westbound side of the freeway also appeared to be impacted as onlookers drove past the large overturned semi truck.