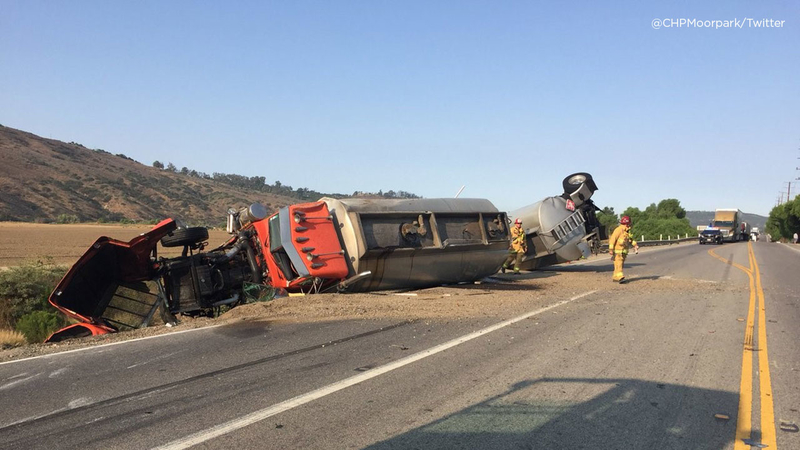 9-year-old killed, 2 others injured in rollover crash in Moorpark

MOORPARK, Calif. (KABC) -- A 9-year-old boy was killed and two other people, including a 7-year-old girl, were injured Friday morning in a two-vehicle crash involving an overturned tanker truck along State Route 118 in Moorpark, authorities said.

The highway was closed in both directions after the collision, which left the girl and the female driver with major injuries, according to the California Highway Patrol.

The wreck caused the closure to be in place from Tierra Rejada Road to Somis. Another closure was reported at Balcom Canyon and Stockton Road, according to the CHP.

The 118 remained closed in both directions Friday evening as crews worked to offload 2,000 gallons of gasoline that spilled from the overturned tanker, officials said.