Meyer eyeing Harbaugh's recruiting stunts, but no plans to copy them 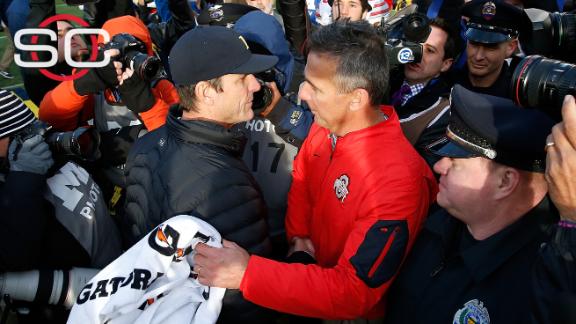 COLUMBUS, Ohio -- Urban Meyer has taken notice of the recruiting tactics of his new rival after a full year of competing head to head with Michigan's Jim Harbaugh.

Just don't expect the Buckeyes coach to copy them and start sleeping over at the houses of recruits, climbing trees or taking his shirt off at satellite camps.

"No, no, I don't think we'll do that," Meyer told ESPN.com when asked about sleeping at a recruit's house. "But you have to be aware of what your rival is doing at all times. You can't be caught five years behind, and if something is out there, and I'm not going to name any schools, but there are some really good, creative ways of recruiting.

Like seemingly everybody else in the country and certainly around the Big Ten, Meyer hasn't been able to miss what's going on with the Wolverines. But heading into national signing day on Wednesday with the No. 2 class in the country, Meyer clearly isn't feeling much pressure to copy some of Harbaugh's unorthodox methods, even while trying to blend his own old-school, relationship-driven mindset with a new-age approach.

Meyer has been careful not to stray too far from what has worked for him as one of the nation's best recruiters for more than a decade, even at the risk of potentially losing the publicity battle that appears to be helping Harbaugh reignite the most storied rivalry in the country as he puts together his own top-five class with Michigan.

"Yeah, I do think about that, I do," Meyer said. "I ask our coaches constantly, and more importantly, I ask the recruits. I bet we do have a reputation that we're very serious. But that's very important for us and who we recruit. If that's our challenge, if maybe we're a little too serious and that's our biggest issue, then we'll just move forward. You don't want to all of a sudden starting losing recruits, so we monitor things very closely.

"But let's not turn this into something else. This is not a circus. This is a serious matter." 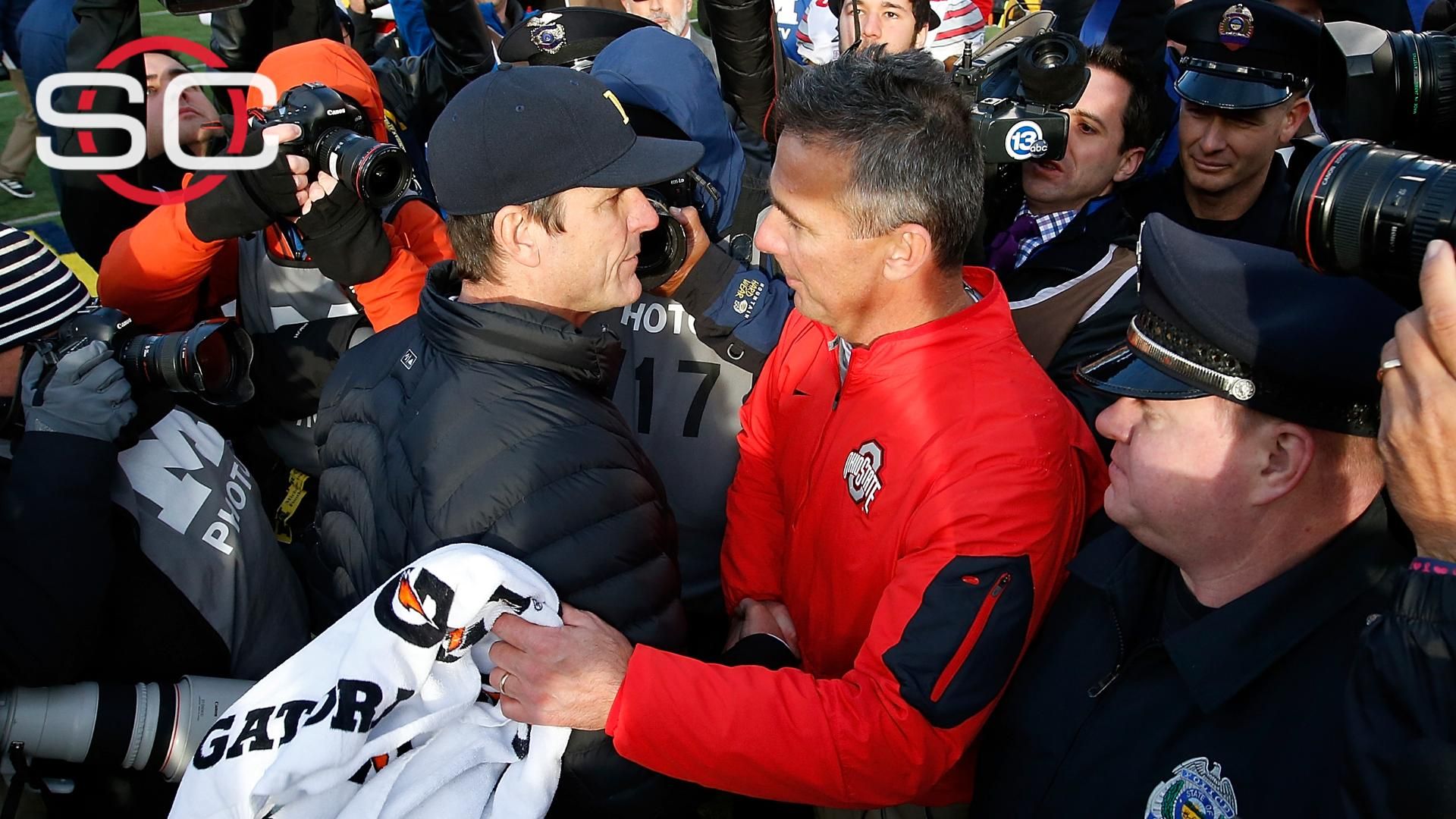 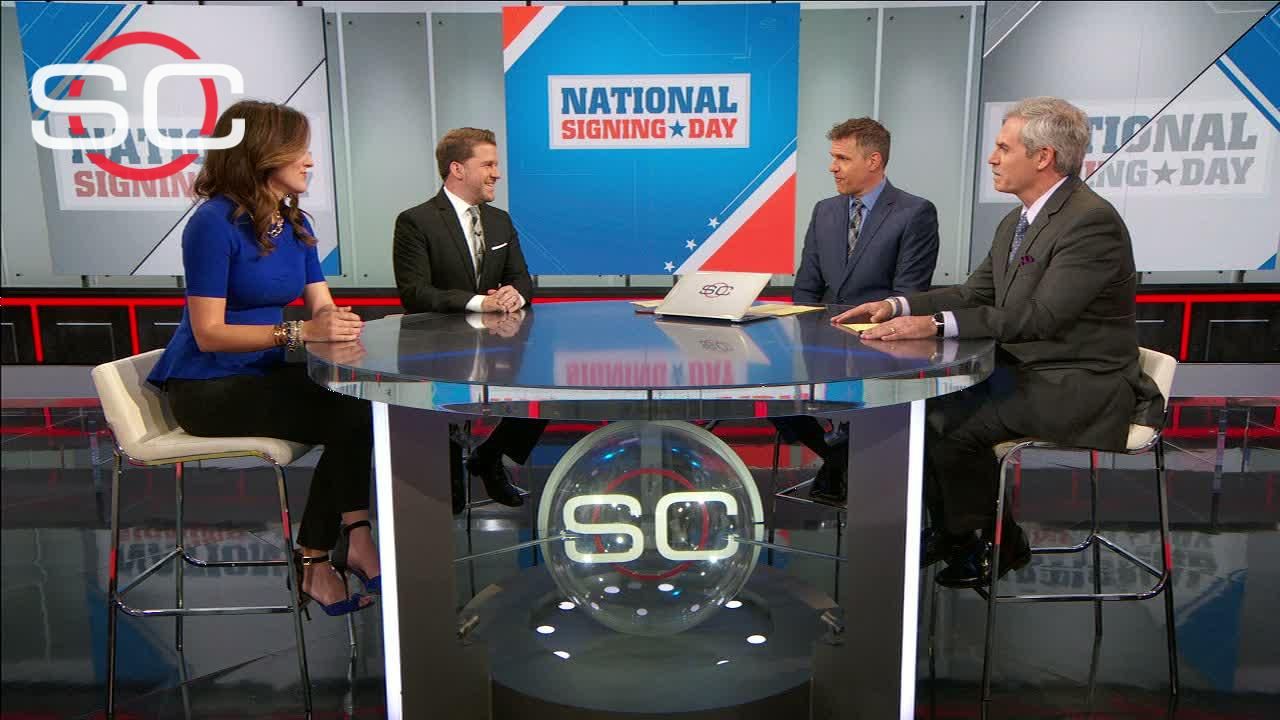