The Los Angeles County Sheriff's Department said a pedestrian was struck and killed by a car near the corner of La Puente Road and Citadel Drive in Walnut on Monday, Feb. 15, 2016.

WALNUT, Calif. (KABC) -- The identities of the driver and jogger involved in a fatal car crash in Walnut were released on Tuesday. 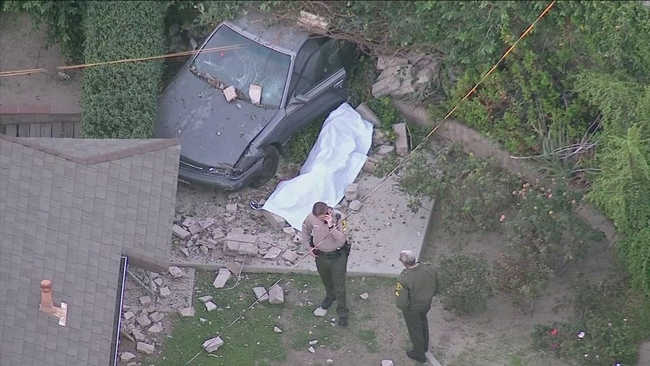