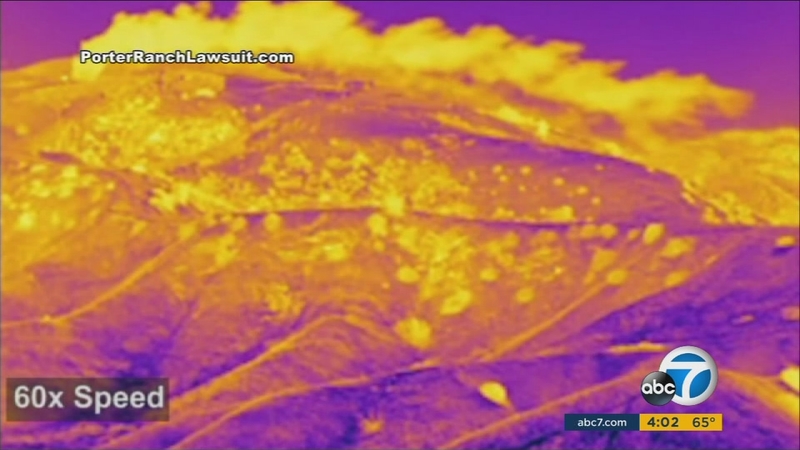 The leak at the Aliso Canyon storage facility owned by Southern California Gas Co., which gushed uncontrollably for nearly four months and drove thousands of residents from their homes, was permanently sealed with cement and inspected by state regulators.

The blowout happened in a 60-year-old well that was built to pump oil from porous rock a mile-and-a-half below the Santa Susana Mountains. After the oil ran dry in the 1970s, the field of 115 wells was reused to store natural gas.

Schools were closed and about 6,000 families were uprooted as they complained of headaches, nausea, nosebleeds and other symptoms as an intermittent stench wafted through the area due to the leak, which was declared an emergency by Gov. Jerry Brown.

State officials said all of the wells will be inspected before the storage facility can resume normal operations.

The California Public Utilities Commission said they've taken control of the site to preserve evidence in their investigation to determine what caused the leak, and the L.A. County Department of Public Health said the air quality is safe for residents to return home.

"This is, obviously, an important day that we've all been waiting for. I think it's a turning point for all of us in the community," Southern California Gas Company CEO Dennis Arriola said. "To the residents of Porter Ranch and the surrounding communities, I want to tell you that I recognize the disruption that this gas leak has caused to your lives, the discomfort of those who have experienced symptoms related to the odorant from the gas, the challenges experienced by families that have had to move or switch schools with their kids and the greenhouse gas emissions from the leak."

Families in short-term housing - at hotels or staying with friends and relatives - will have eight days to return before the gas company stops reimbursements. Those who rented apartments and houses can stay through their leases as late as April 30.

The gas company, a division of Sempra Energy, said it expects expenses of as much as $300 million for temporarily lodging 6,400 households, plugging the leak and the loss of gas that gushed for 16 weeks.

The public of health said it will randomly test the levels of emissions in homes affected by the gas leak, which is what residents said they are most worried about.

#LAPublicHealth to randomly test inside some homes for add'l assurance

"Some testing at people's homes, which is finally the important thing, in our homes is what we need to know about," Porter Ranch resident Matt Pacucko said.

L.A. County Board Supervisor Michael Antonovich is calling for complete testing of homes and to have the time table for residents to return to their communities expanded.

"Supervisor Antonovich would like to see a full 30 days allowance for the residents to re-establish their lives," said Tony Bell, the supervisor for Antonovich's office. "Supervisor Antonovich has directed the department of public health to investigate samplings from the homes to determine any particulates, any pollutants left in the particular homes so we have a real sense of security for residents."

U.S. Congressman Brad Sherman agreed with Antonovich, stating testing should be completed in homes and more time should be allowed for residents to move back.

"They've promised indoor testing to see whether the air inside people's homes is safe knowing that the carpets, the drapes could have soaked up some mercaptan or volatile organic compounds. They promised that testing, but that testing hasn't been done and they're telling people the clock has started they have to move back into their homes," Sherman said.

The leak at the Aliso Canyon storage facility was the largest gas leak in U.S. history, and the greatest U.S. environmental disaster since the B.P. Gulf oil spill of 2010.