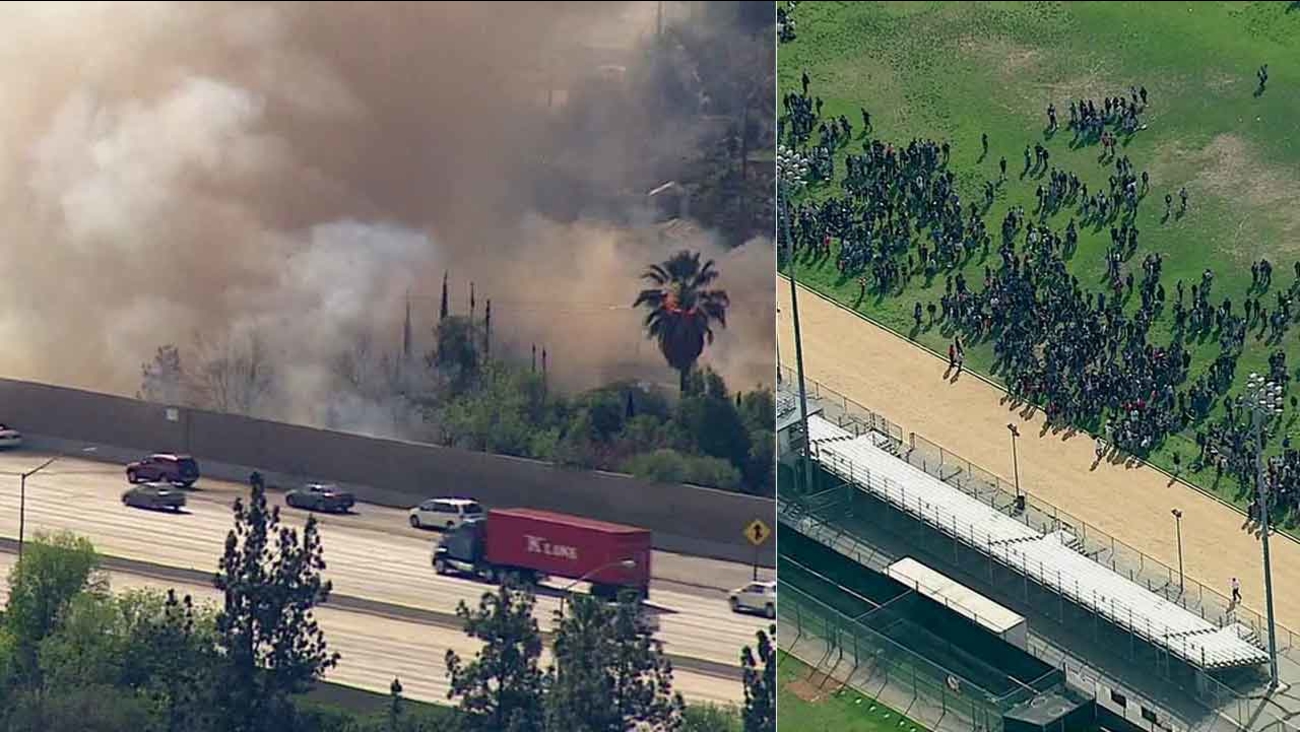 Students at John F. Kennedy High School were evacuated onto the football field after a fire erupted near the 118 Freeway in Granada Hills Tuesday, Feb. 23, 2016.

Los Angeles firefighters responded to a report of a fire near the 118 Freeway just east of Woodley Avenue shortly after 10 a.m. The fire quickly jumped from a palm tree to other smaller trees and dropped hot ash and debris onto nearby houses.

The blaze caused several power outages in the area, including at John F. Kennedy High School. The principal decided to conduct a fire drill so the students were evacuated and moved onto the football field.

The fire was knocked down in 44 minutes. No injuries were reported.