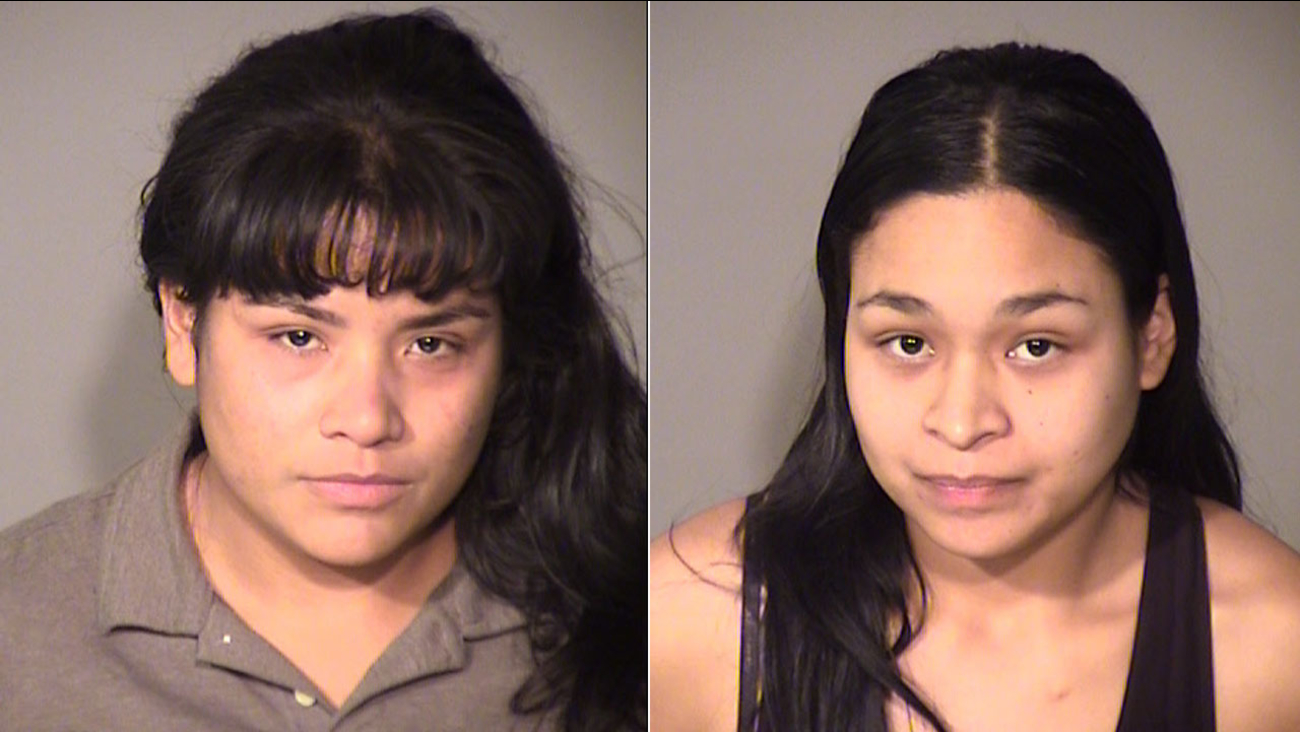 Marisela Aguilar, 29, and Elida Aguilar, 31, are shown in mugshots. (KABC)

FILLMORE, Calif. (KABC) -- Two women were arrested on suspicion of child endangerment after authorities said they abandoned a 2-year-old boy strapped in a stroller near a busy street in Fillmore.

Around 1:50 p.m. on Feb. 29, a Ventura County sheriff's deputy from the Fillmore Station was working in the 1100 block of Los Serenos Drive when he found a 2-year-old boy strapped to a stroller a few feet from the road.

The deputy said he saw a couple of adults nearby and believed they were the child's parents or guardians, but after an initial inspection he realized the child was left there. The deputy had swerved to avoid hitting the child before he parked his patrol car.

The child, who was only in a shirt and diaper, appeared to have been crying because he had mucus and dried tears on his face. It was also between 85 and 90 degrees out, according to authorities.

One of the adults nearby told the deputy he saw two women arguing and leaving in different directions, abandoning the child in the stroller and that they had not come back.

The deputy then took the child to the Fillmore Station and called Ventura County Child Protective Services. A social worker, along with several deputies and local residents, helped in the investigation. The child's mother, 29-year-old Marisela Aguilar, was eventually located as well as his aunt, 31-year-old Elida Aguilar.

Deputies questioned the women and arrested them once the investigation was complete. Authorities said Marisela also had outstanding warrants, but did not clarify for what.