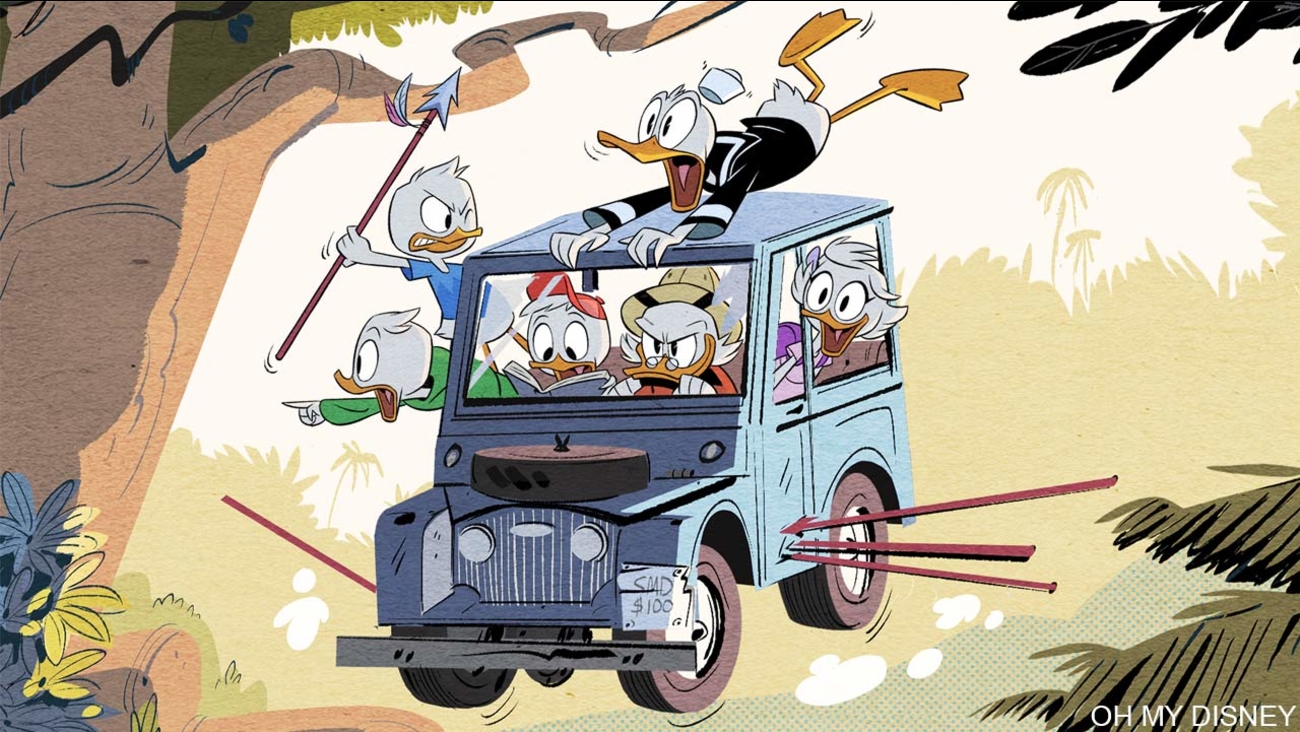 The makers of the 'DuckTales' reboot released this image of the new series, which is set to premiere in 2017. (Oh My Disney)

LOS ANGELES (KABC) -- Attention "DuckTales" fans, the first image from the reboot of the beloved animated series has been released!

It was announced last year that the Emmy Award-winning Disney show would be getting a reboot on Disney XD.

The new series will once again star Scrooge McDuck, grandnephews Huey, Duey, and Louie, and of course, Donald Duck.

Woo-oo! Get your first look at the new #DuckTales series coming to @DisneyXD: https://t.co/5HUsxpTMKy pic.twitter.com/geRB3it4Il

The newly released image shows the characters obviously involved in some kind of comic misadventure the original show was well known for.

Also, the image is animated in the traditional style made popular by the Mickey Mouse short series.