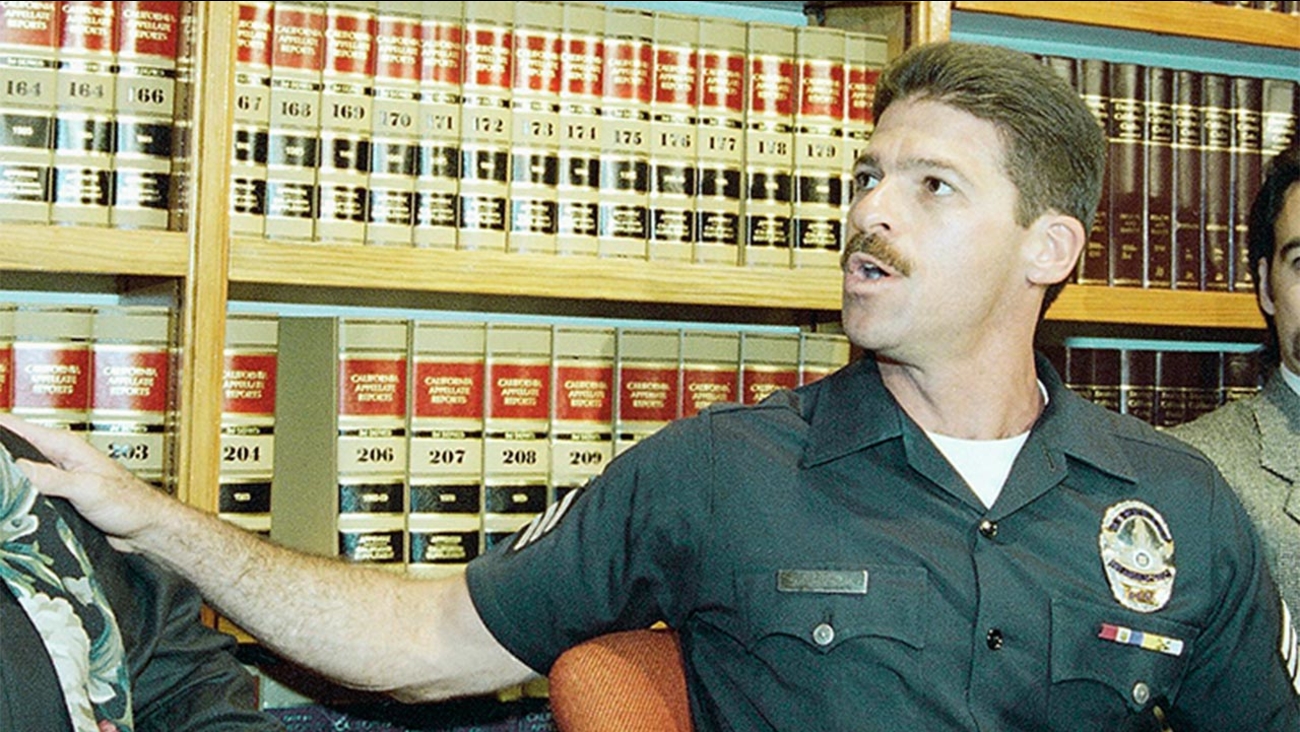 WEST HOLLYWOOD, Calif. (KABC) -- A retired police sergeant who had fought lengthy legal battles with the LAPD over its treatment of gay officers was charged Tuesday with pointing a handgun at his husband during an argument in their West Hollywood home, the District Attorney's Office said.

Retired Sgt. Mitchell Grobeson, 57, was arrested Friday after he barricaded himself inside his home for several hours, before surrendering to a Los Angeles Sheriff's Department SWAT team, officials said.

Grobeson was scheduled to be arraigned Tuesday afternoon in Los Angeles Superior Court.

Prosecutors allege he pointed a handgun at his husband to force him to leave the home. The alleged victim contacted the Sheriff's Department to seek help in getting his personal possessions from the home, according to the DA's office. When deputies arrived, they said Grobeson barricaded himself inside the home for about three hours before surrendering.

Grobeson faces one felony count of assault with a firearm and a count of criminal threats, according to Deputy District Attorney Jessica Kronstadt.

If convicted, Grobeson faces up to 14 years in state prison. The District Attorney's Office plans to ask for $100,000 bail.

He sued again in 1996, claiming the department was not living up to its commitments. That second lawsuit was not settled until 2013.