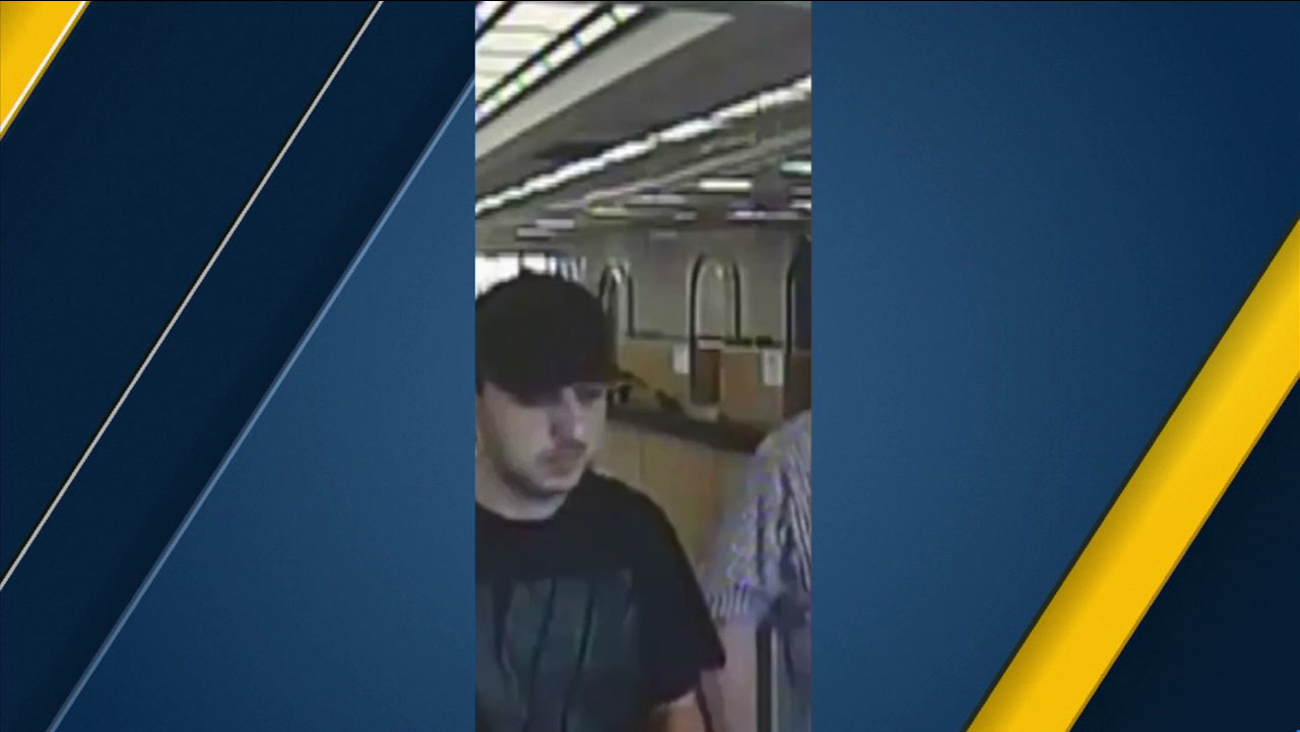 Police are asking the public's help finding a man who hit three LA-area Citibanks within one week. (Glendora Police Department)

GLENDORA, Calif. (KABC) -- Police are asking for the public's help tracking down a serial robber who hit at least three Southland banks in a week.

Surveillance video shows the man going into a Citibank on Arrow Highway in Glendora on the afternoon of Feb. 29. Police say he handed the teller a note saying he had a gun. No gun was actually visible, but the teller handed the man an undisclosed amount of cash and he fled.

Detectives say the same suspect targeted Citibanks in Placentia and Arcadia on March 4.

At 12:41 p.m. he entered a Citibank at 1300 N. Kraemer in Placentia and handed the teller a similar note stating that he had a gun. He left with an undisclosed amount of cash.

The same suspect also entered a Citibank at 100 S. First Ave. in Arcadia at 4:45 p.m. and handed the teller a similar note. But in that case the teller, in fear for his life, fled to the back of the bank and the suspect left with no cash.

The suspect is described as a white male, about 25 years old, five-foot-10 inches, weighing about 130 pounds, with green eyes and a scar on his right eyelid.