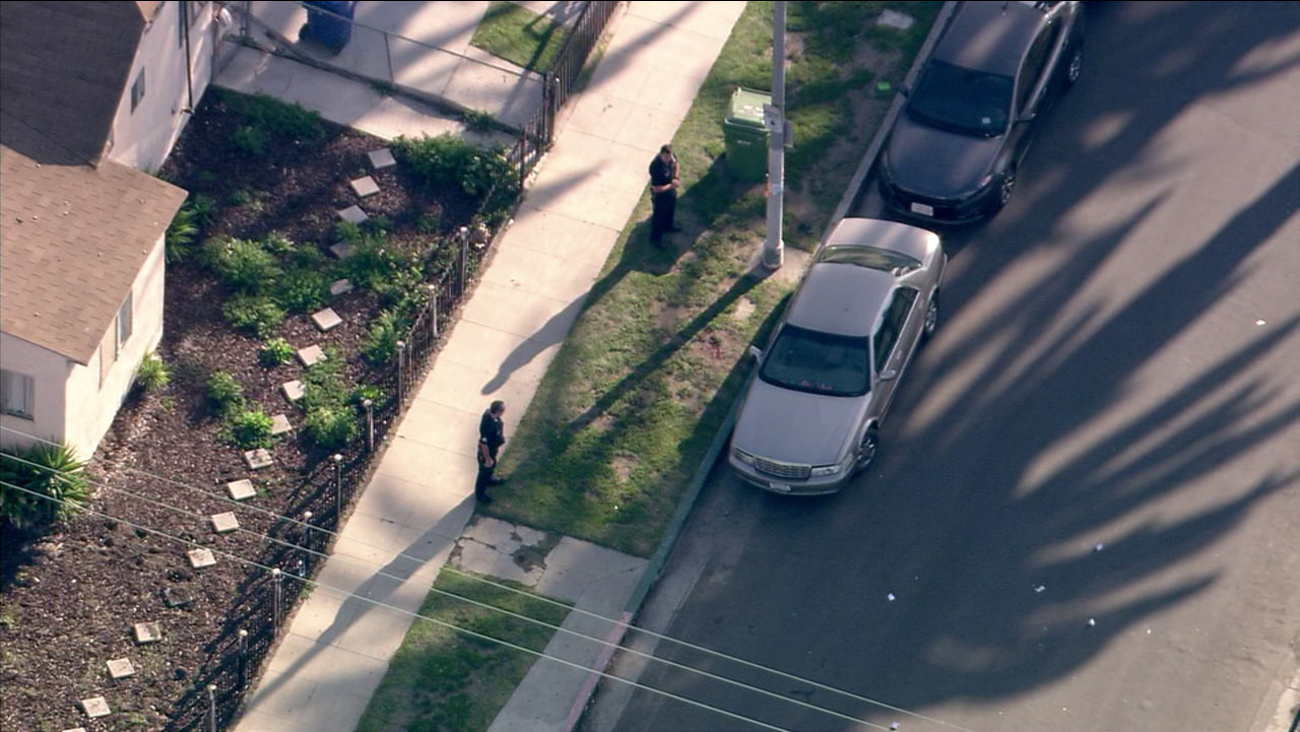 Law enforcement officials investigate the scene where a man was shot in a car in South Los Angeles on Thursday, March 17, 2016. (KABC)

SOUTH LOS ANGELES (KABC) -- An investigation is underway after a man was shot while in a car in South Los Angeles Thursday morning, police said.

A woman told police she heard shots fired around 8:30 a.m. in the area of 53rd Street and Normandie Avenue. She then discovered that her boyfriend, who was in a car at the time, was shot.

Investigators said four shots were fired - one struck the victim. His condition was not immediately known.