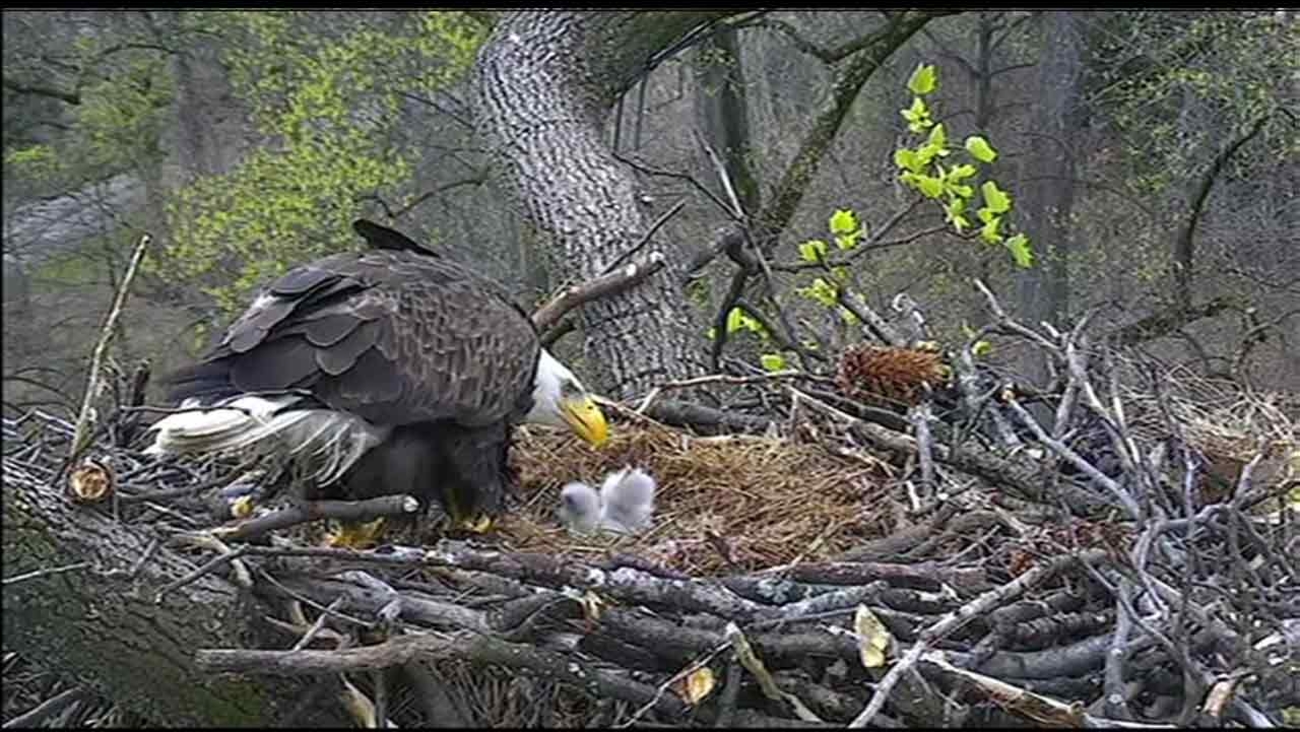 A new bald eagle parent feeds its two eaglets after they hatched just a day apart at the National Arboretum in Washington D.C. Sunday, March 20, 2016.

The first eaglet, temporarily named DC2, was born just a day before its sibling.

A livestream of the eagle family and the hatchings has been viewed 7 million times since the website launched on Feb. 15.

The public is expected to get to vote on the newborns' official names in the next few weeks. Early suggestions on social media have ranged from "Sasha and Malia" to "Cherry and Blossoms."