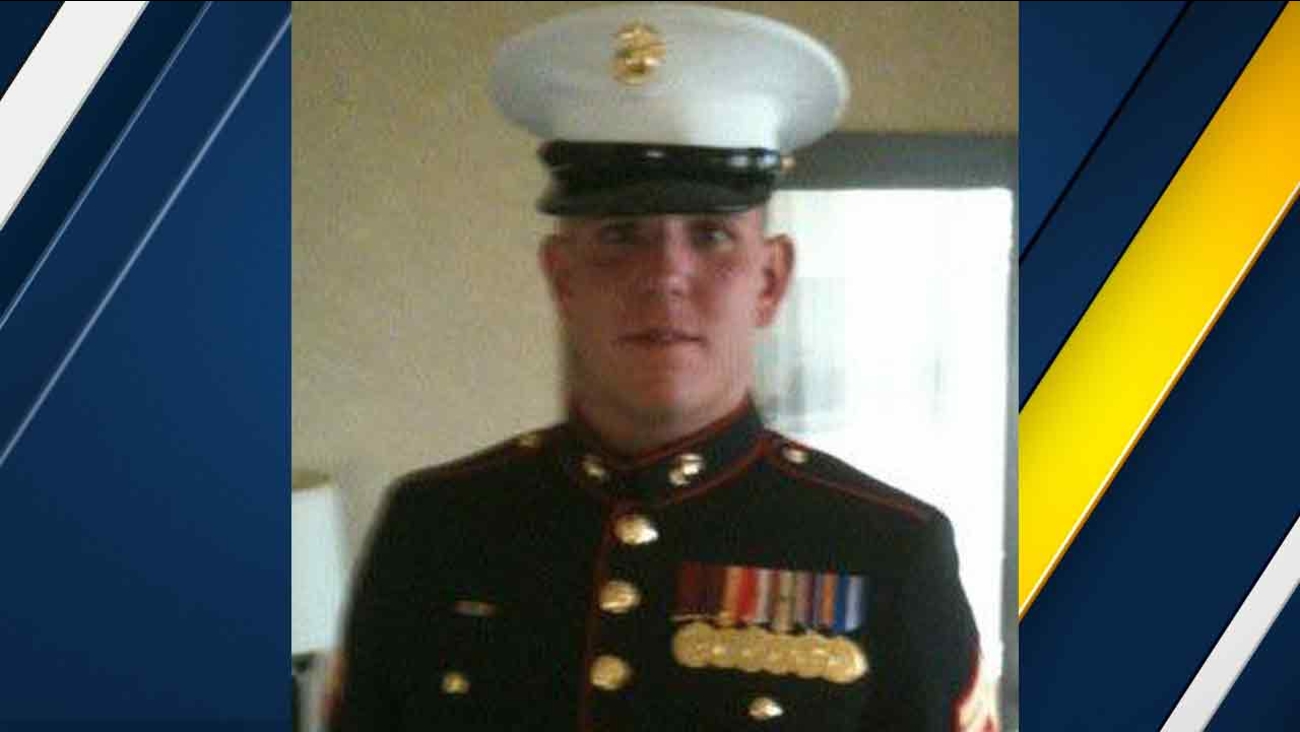 Staff Sgt. Louis F. Cardin, of Temecula, who was killed by enemy fire in northern Iraq, seen in an undated photo. (The Cardin family)

HEMET, Calif. (KABC) -- The remains of a Marine from Temecula, who was killed in Iraq, were returned this weekend.

The remains of Staff Sgt. Louis Cardin were returned Saturday afternoon to March Air Force Base and escorted to a funeral home in Hemet.

Defense officials say the 27-year-old was killed on March 19 when rocket fire hit his unit at a base outside of the ISIS-controlled city of Mosul.

A public viewing will be held on Friday at Temecula's City Hall Town Square.

"The City of Temecula is deeply saddened to learn that one of our hometown high school graduates, who grew up to be the bravest of warriors, died protecting our Nation's freedoms," said Temecula Mayor Mike Naggar in a statement. "Cardin is forever a hero to Temecula and to our Nation."
Related topics:
riverside countytemeculahemettroops killedisisiraqmilitarymarines
Copyright © 2020 KABC-TV. All Rights Reserved.
More Videos
From CNN Newsource affiliates
TOP STORIES