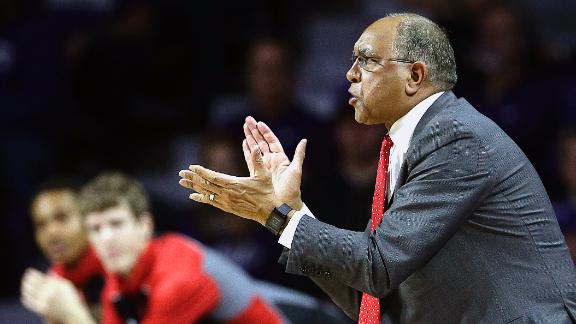 The Tigers announced Smith's hiring Thursday. He was introduced at news conference at FedExForum.

"The sky's the limit for this program,'' Smith said Thursday. "We want to take it to championship-caliber play.''

The Tigers are replacing Josh Pastner, who left to be the head coach at Georgia Tech last week.

"Tubby Smith is one of the finest collegiate basketball coaches and is a man of tremendous character," Memphis athletic director Tom Bowen said in a statement. "Nationally, he is highly respected as a leader of young men and as a teacher of the game. I am honored that Coach Smith has agreed to become the next head men's basketball coach at the University of Memphis."

With Smith taking the Memphis job, the American Athletic Conference has added a former national-championship-winning coach in Smith, a former NBA Coach of the Year in Mike Dunleavy (Tulane) and former Stanford coach Johnny Dawkins (Central Florida) in the past few weeks.

Smith received the John R. Wooden Legends of Coaching award Friday in Los Angeles. He is one of two coaches, along with Lon Kruger, to lead five schools to the NCAA tournament.

He coached at Kentucky from 1997 to 2007, leading the Wildcats to the national title in 1998 and 10 straight NCAA appearances.He coached Minnesota to the NCAA tournament in 2013 before abruptly being fired.

He led Texas Tech to the NCAA tournament last month in his third season in Lubbock.

Smith said Thursday he wanted to let his Texas Tech players know how much he appreciated them, but he also discussed his excitement about taking over Memphis' program.

Smith previously coached at Georgia for two seasons and Tulsa for four. He has a career record of 557-276.

Memphis is considered a top-25 job among college basketball coaches and administrators for its proximity to talent, its facilities and its storied history.