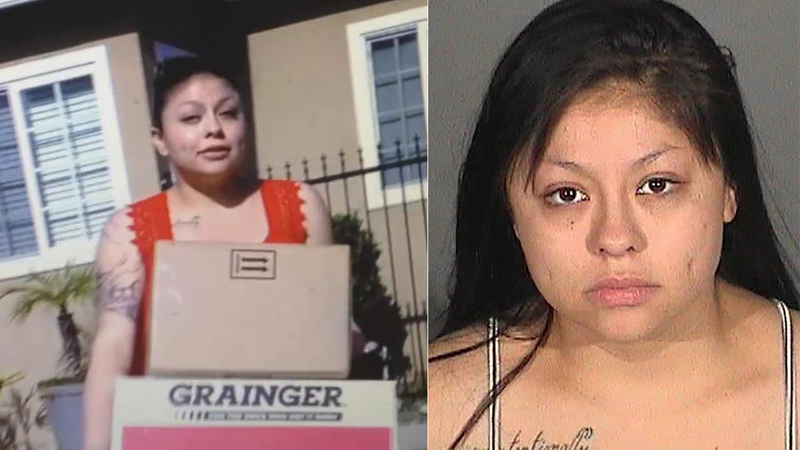 ALHAMBRA, Calif. (KABC) -- Alhambra police said a package theft suspect, who was recently caught on a homeowner's cellphone video, has been arrested.

The woman was identified by police as 20-year-old Rianna Medina following numerous tips from friends and family. She was found in a motel in Rosemead around 1 p.m. Friday and arrested on one count of felony grand theft.

An Alhambra homeowner caught Medina in the act of stealing two boxes that were delivered to his front door on Tuesday.

The Alhambra Police Department posted that video to its Facebook page on Thursday, seeking community help to track her down.

"We get mail thefts once in a while. We've put videos online. I've never seen 800,000 hits on any case, let alone a mail case like this," said Sgt. Jerry Johnson of the Alhambra Police Department.

Authorities said what made the crime so egregious is that the victim is an appliance repair man, and the packages were repair parts worth about $1,000.

"I didn't do it," Medina told detectives following her arrest, Alhambra police said. She's being held in lieu of $25,000 bail.