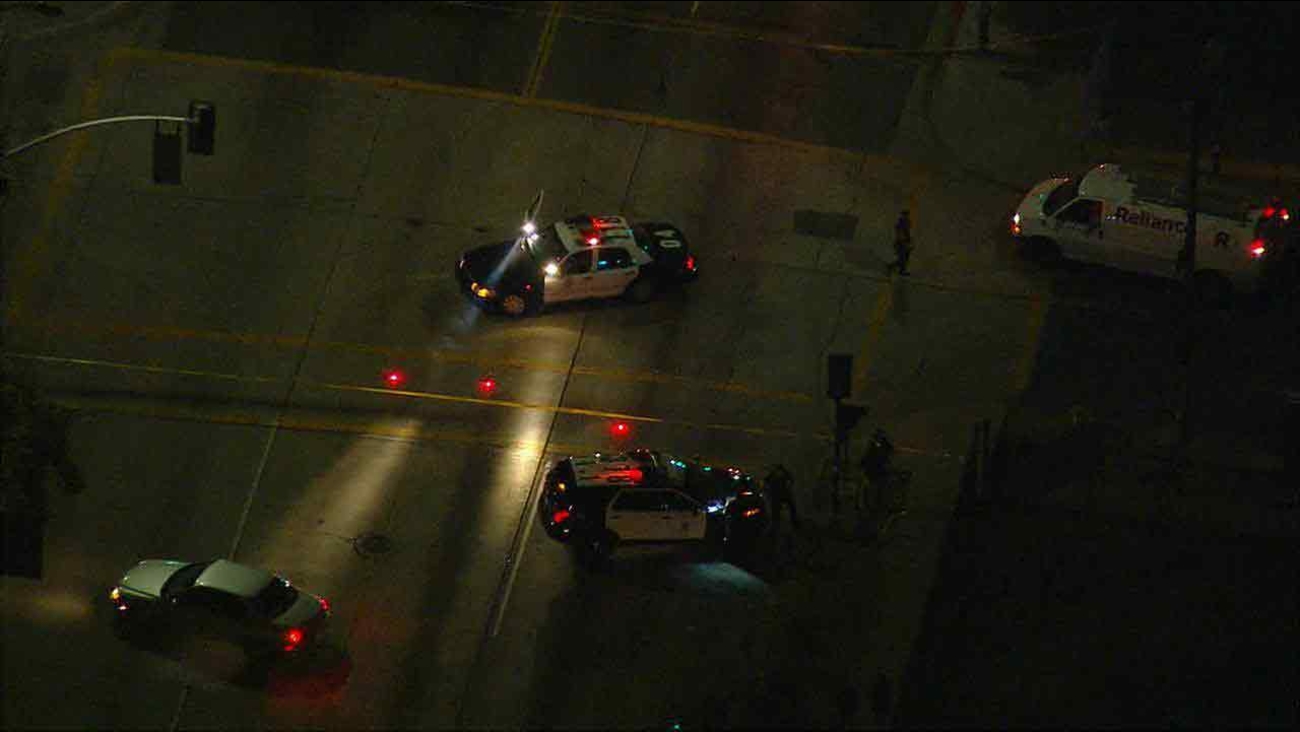 LAPD officers respond to the scene of an officer-involved shooting in Boyle Heights on Friday, May 13, 2016.

The shooting happened at about 8:30 p.m. Friday near 7th and Lorena streets.

Authorities said when officers arrived, the suspect got violent. Officers then exchanged gunfire with the suspect, later identified by the Los Angeles County Department of Medical Examiner-Coroner as 28-year-old Robert Mark Diaz. Diaz was then shot and killed by police.

Authorities said Diaz was a known gang member, and the coroner listed him as homeless.