In the Facebook post, police said trooper Luke Bonin was the officer eating lunch with a panhandler in Fall River, Massachusetts.

Police said after they reached out to Bonin about the picture, Bonin said he was surprised someone had taken his photo.

Bonin said he had just left court when he drove by the woman who was holding a sign and asking for help. Bonin stated he passed the woman and went to get two meals before returning.

Police said the woman believed Bonin was there to remove her from the side of the road, and she immediately told him she would leave.

Bonin then sat with the woman and shared a meal with her. The post has received more than 33,000 shares and 99,000 likes.
Related topics:
state troopersu.s. & worldphotographyphotofeel goodpoliceviral
Copyright © 2020 KTRK-TV. All Rights Reserved.
FEEL GOOD

Family of boy with cancer gets special gift from neighbors

7 years after teen dies of cancer, his song hits No. 1 on iTunes 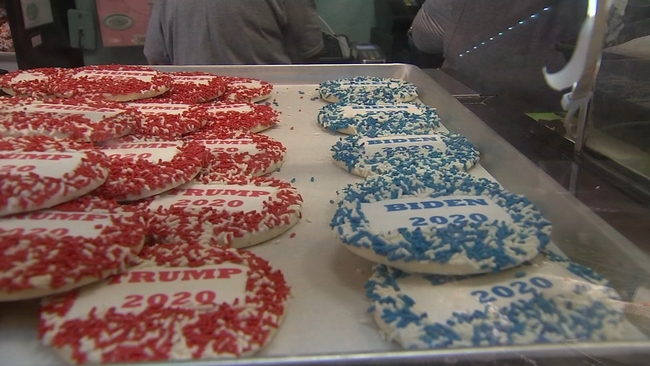