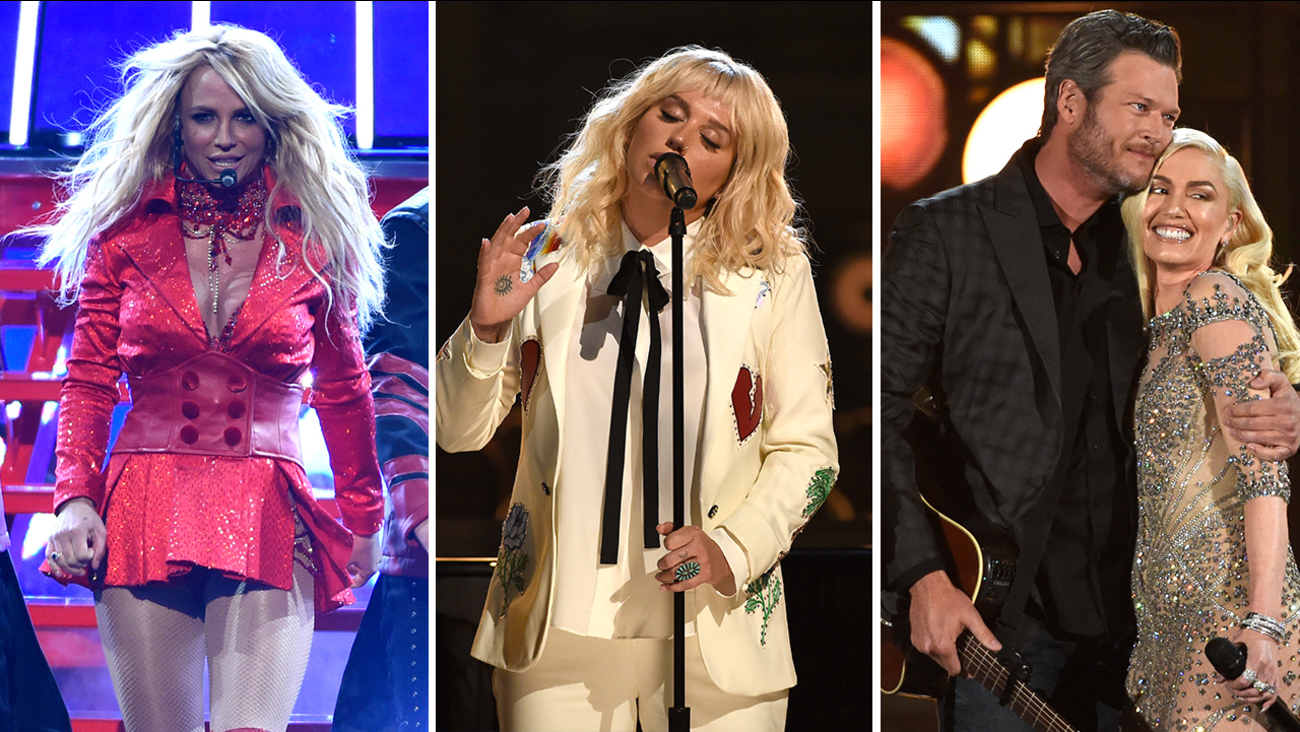 Incredible performances by Britney Spears, Kesha, Blake Shelton and Gwen Stefani and more made the 2016 Billboard Music Awards one for the ages. (Chris Pizzello/Invision/AP)

The 2016 Billboard Music Awards will go down as one for the ages, with the biggest names in music lighting up the stage and giving the audience and viewers at home a night they wouldn't forget.

Here are the most memorable performances from the night:

After a moving reflection from QuestLove about Prince's impact, Madonna honored the late icon. She covered Prince's "Let's Go Crazy" and "Nothing Compares 2 U." She was then joined onstage by Stevie Wonder for "Purple Rain," which prompted audience members, some of them in tears, to sing along.

Britney Spears proves she is still the Princess of Pop

Spears opened up the show by performing not one, not two, but seven songs, including a cover of Joan Jett's "I Love Rock 'N Roll." The pop maestro's performance was over seven minutes long but was thrilling every second.

Adele has a (virtual) big night

The superstar said "Hello" with a video message to fans as she accepted the night's big award, Top Artist, as well as Top Billboard 200 Album. As if she wasn't having a big enough night already, she also premiered the music video for her song "Send My Love (To Your New Lover)."

Pink fires up the awards show

Whenever Pink takes the stage, you can be sure something spectacular is going to happen. And the pop star dazzled audiences during her performance of "Just Like Fire" at the show, where she sat on the minute arm of a giant clock that burned in the background. The song will be featured in Disney's upcoming film Alice Through the Looking Glass.

Blake Shelton and Gwen Stefani break some hearts in duet

While many electric performances lit up the stage, one of the most memorable was a soulful, acoustic duet of "Go Ahead and Break My Heart" by country music star Blake Shelton and Gwen Stefani.

Dion took the stage and delivered a passionate and moving performance of Queen's "The Show Must Go On" to pay tribute to her husband who passed away in January 2016. The singer also got emotional when she accepted the Billboard Icon Award from their 14-year-old son Rene Charles Angelil.