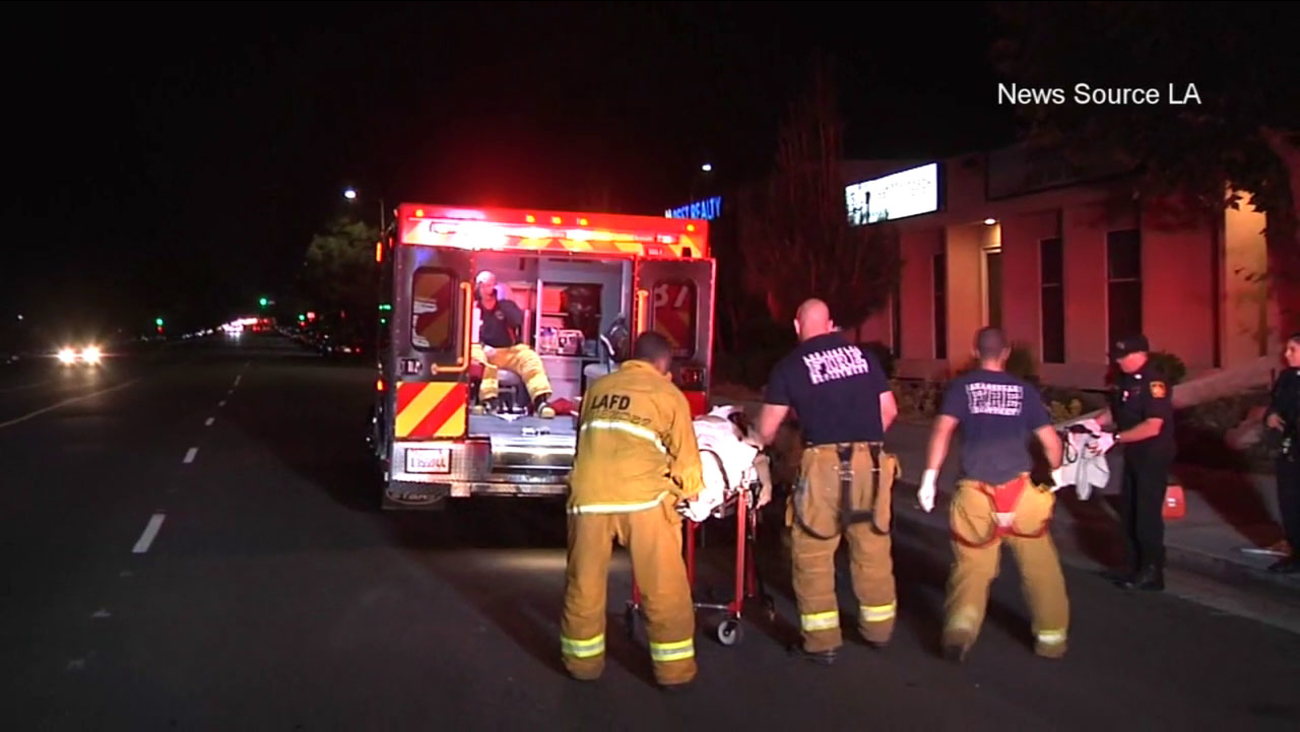 GRANADA HILLS, LOS ANGELES (KABC) -- Los Angeles police say a driver struck two women crossing a street in Granada Hills with his car Friday night, then screamed at them and made an obscene gesture before driving away.

The driver later turned himself in to police on Saturday with family members and was arrested and booked for felony hit-and-run, officials said. The juvenile driver's identity was not released.

The collision happened just before 10 p.m. near Chatsworth Street and Balboa Boulevard, according to the Los Angeles Police Department.

Investigators say a woman in her 50s and a teen girl were crossing Chatsworth Street mid-block when a dark compact car collided with them.

The woman, in her 50s, was seriously injured and was still listed in critical condition on Saturday. The teenage girl suffered moderate injuries. Paramedics transported them to a local hospital. Officials said the two were related, but did not detail how.

Witnesses told police that right after the crash, the driver screamed at the women, made an obscene gesture and then drove away.