New exhibit for artist who created magic of 'Sleeping Beauty' 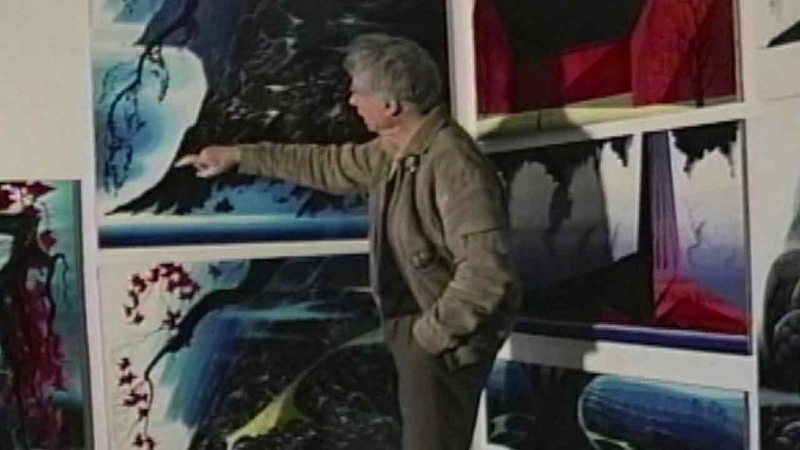 New exhibit for artist who created magic of 'Sleeping Beauty'

GLENDALE, Calif. (KABC) -- "Sleeping Beauty" was the last animated fairytale adaptation produced by Walt Disney. The classic was a collaboration by many of the best in the business, including one Disney legend you may not have heard of.

Artist Eyvind Earle made the forest where Sleeping Beauty and her prince fell in love even more enchanting.

Earle was the "color stylist" and background painter on the film. Walt Disney personally picked him to create the movie's overall look.

Kristen McCormick of the Disney Animation Research Library explained that Earle already had a well-established reputation before going to work at Disney.

"He was a serious artist before he started at Disney, then he came in and made this huge contribution to this film that has become iconic," she said.

In the Animation Research Library, the "Sleeping Beauty" backgrounds are treated like the art they are, made long before digital animation. Early animation used a multiplane camera, shooting through the layers of cells down to the background painting, the bedrock of the scene.

Disney had a definite look he wanted.

"For 'Sleeping Beauty,' Walt wanted to make a film that he would call a moving illustration. It was very reminiscent of the artwork from pre-Renaissance era, and so Eyvind Earle would study that," explained Fox Carney of the Disney Animation Research Library.

Those Gothic motifs incorporated the style of Persian paintings and Japanese prints.

While at Disney, Earle worked on many other features, including "Peter Pan" and "Lady and the Tramp."

Earle returned to creating fine art full time after 15 years in animation, and he worked prolifically almost till he died 16 years ago.

"An Exhibit of a Disney Legend" was currently on view in the museum of Forest Lawn in Glendale. Many of Earle's 65 works had never been on public display, and among his many artistic styles are three "Sleeping Beauty" background pieces on loan from Disney.

His work is found in the personal collections of filmmakers Guillermo del Toro and Peter Jackson. Writer Dean Koontz also has his work. It is a style that is both medieval and midcentury. It is flat, but full of detail, creating depth.

His work was inspiration for a new generation of artists.

The Forest Lawn museum is free and open year-round and is a chance to see Earle's unique style.