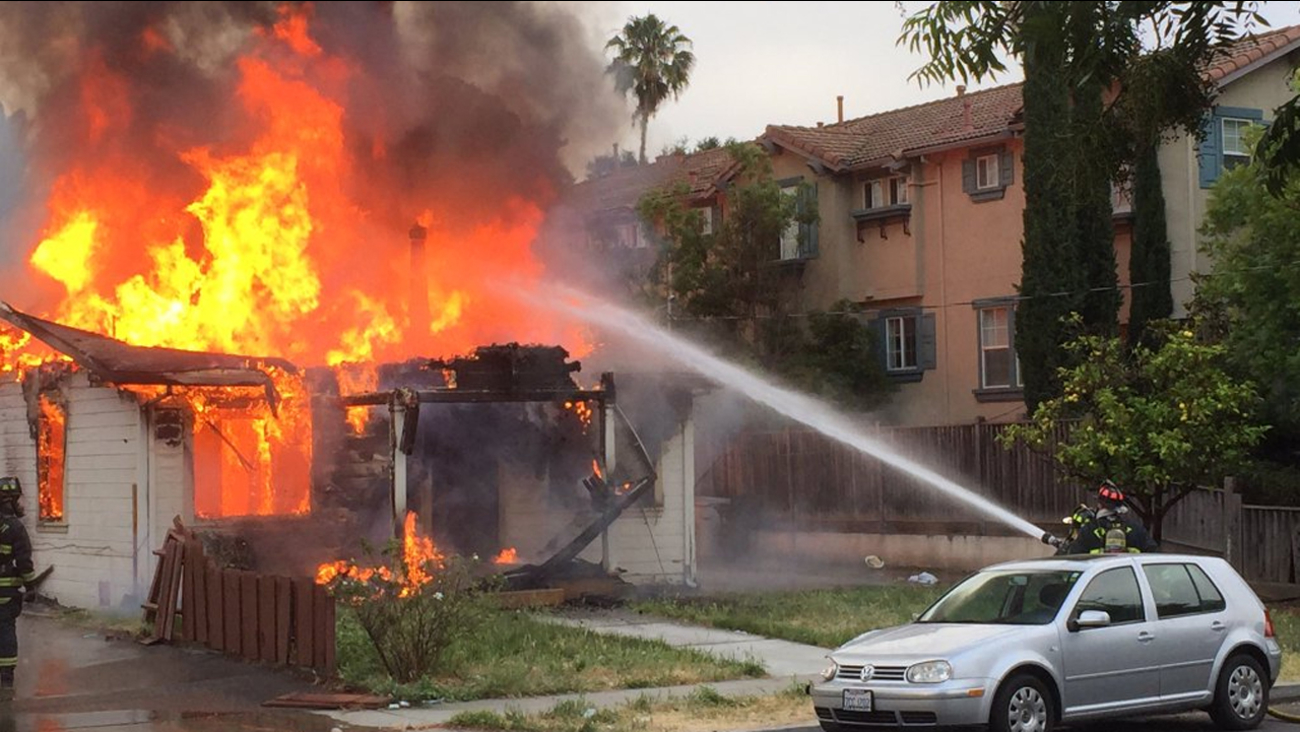 Huge fire at house where shooting suspect is barricaded in Fremont after tear gas was fired several times. pic.twitter.com/3vjCSUNf9M

All Fremont schools will be open. Standoff w/ officer shooting suspect confined to area near Roberts and Washington. pic.twitter.com/22E86q82pb

Series of explosions at Fremont house where shooting suspect is barricaded.
House has been on fire for ~3 hours. pic.twitter.com/jrCFFFQiLw

Fire at #Fremont home where suspect is barricaded. Police say he was alive/talking when phone died about 1/2 hr ago. pic.twitter.com/73fAFeSFQe