Eighth-grader gets 'yuge' laughs with Trump impersonation during graduation speech 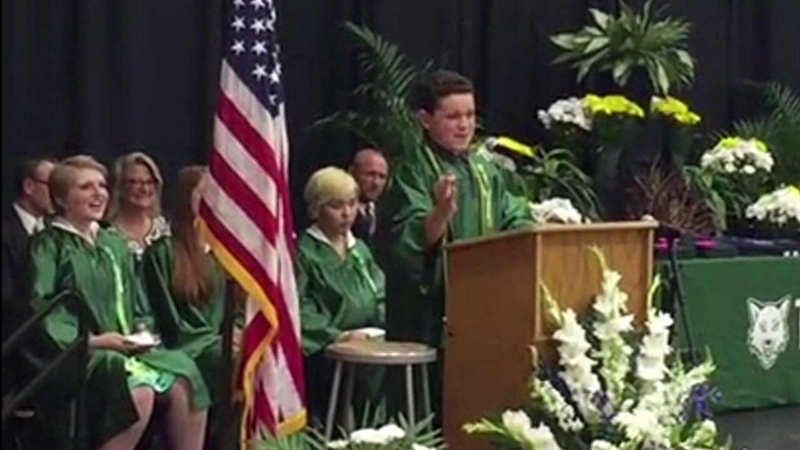 CHICAGO (KABC) -- An eighth-grader nailed his graduation speech, getting "yuge" laughs with his impersonation of Donald Trump along with other 2016 presidential candidates.

Jack Aiello left everyone laughing over his spot-on political impressions during his eight-minute speech at his graduation on June 7 from Thomas Middle School in the Chicago area.

Jack started off with Donald Trump, then moved on to Ted Cruz. He also included President Barack Obama Hillary Clinton.

The 14-year-old ended his bit with an impression of Bernie Sanders, calling for a "cinnamon roll revolution" in the school's cafeteria.

Jack, who would love to be president himself, competed with several other eighth graders to speak during graduation, and with the help of his parents and support of his classmates, delivered a winning speech.