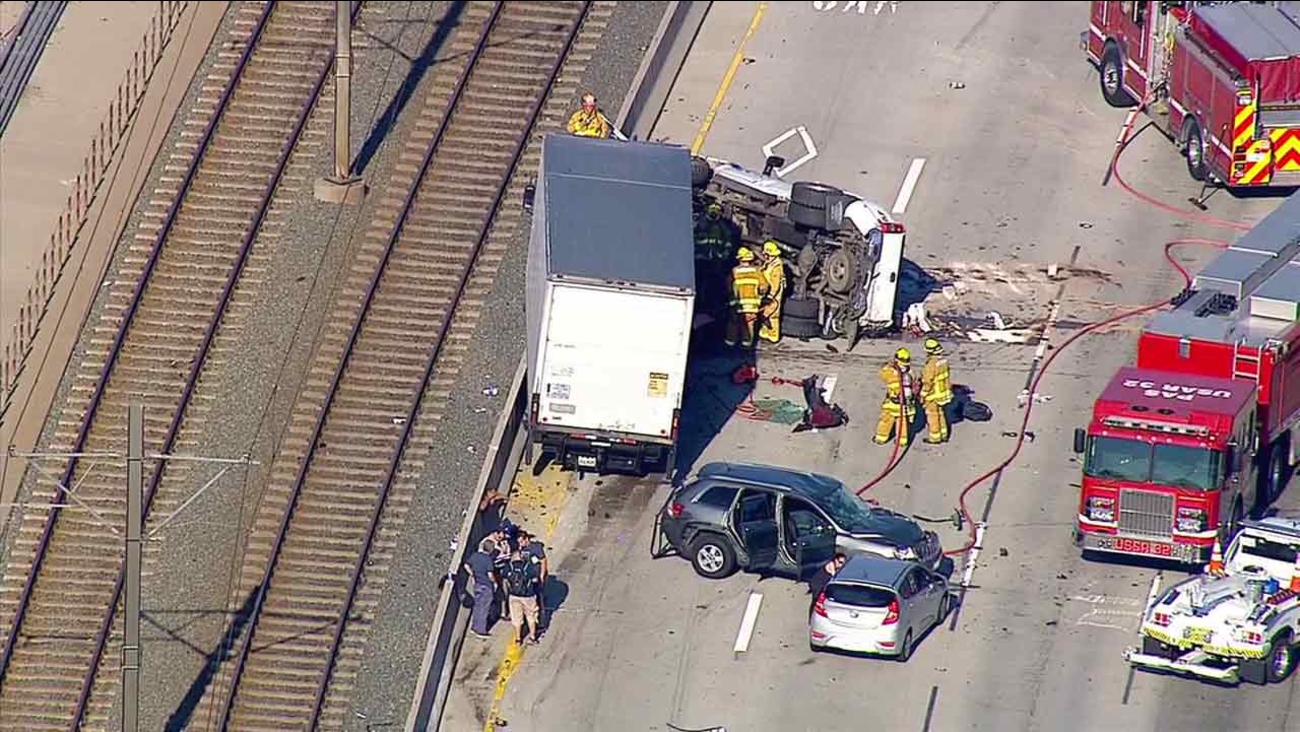 Pasadena fire officials respond to a deadly crash on the 210 Freeway on Friday, July 15, 2016.

PASADENA, Calif. (KABC) -- All lanes of the 210 East were shut down Friday afternoon after a fatal multi-vehicle crash in Pasadena, officials said.

One person was killed and at least two others were injured in the five-vehicle wreck near Sierra Madre Boulevard, according to the Pasadena Fire Department.

Fire officials said one vehicle was crushed on the k-rail under a truck, causing at least a 10-minute temporary delay near Sierra Madre Villa, according to Metro officials.

GOLD LINE: up to 10 min delays due to blocked tracks near Sierra Madre Villa pic.twitter.com/o5di1rHELv

The 210 eastbound lanes were later reopened around 11 p.m.