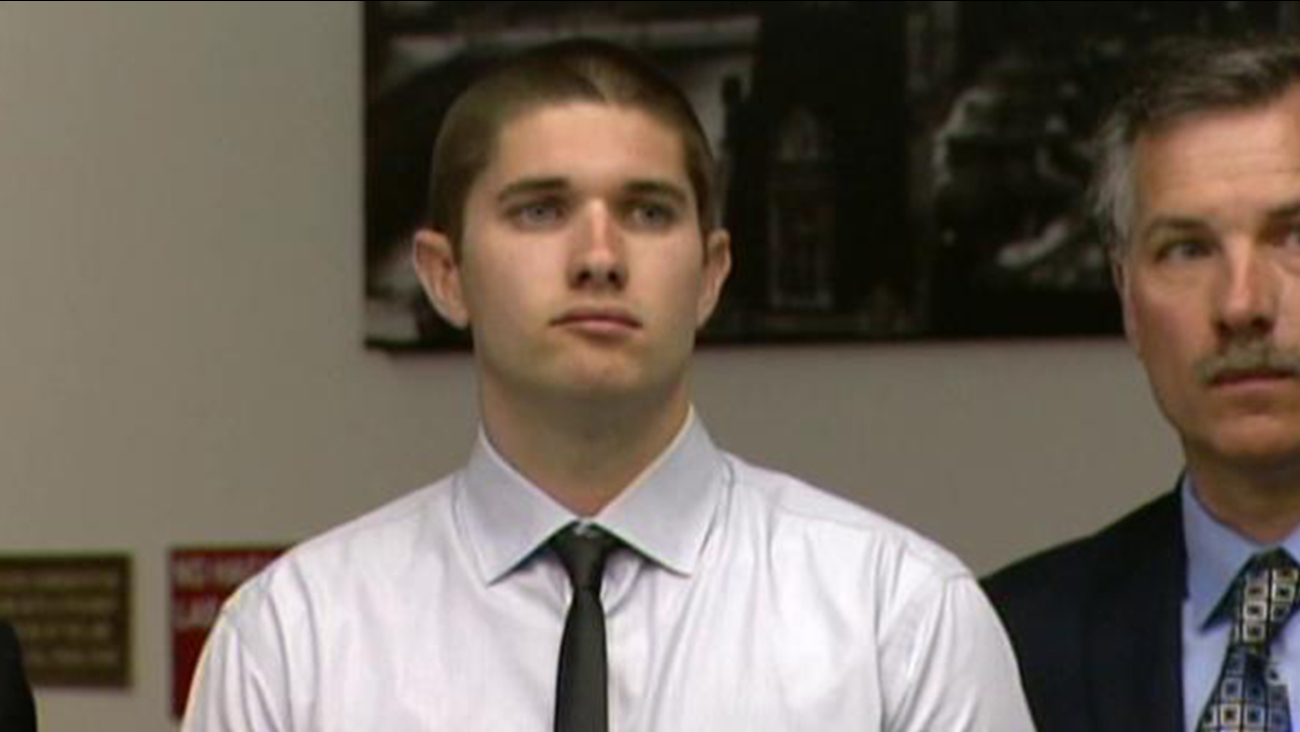 Nick Papageorge's IV appears in a Santa Ana courtroom on Wednesday, May 22, 2013.

SANTA ANA, Calif. (KABC) -- A man who suffered spinal injuries while searching for a woman and her friend, who got lost while hiking in Trabuco Canyon, is suing the woman, his attorney said.

In April 2013, Nick Papageorge's fell 110 feet down a cliff and broke his spine while searching for Kyndall Jack, then-18, and friend Nicolas Cendoya, then-19, in the Cleveland National Forest.

Cendoya later pleaded guilty to possession of nearly 500 milligrams of methamphetamine found in his car in the parking lot.

Jack and Cendoya "headed out unprepared and unqualified to a remote and dangerous mountain area with the intent to take hallucinogenic drugs, knowing the likelihood of becoming disoriented, lost and requiring the subject rescue," according to the lawsuit.

The lawsuit claims Jack created an emergency situation through her negligence.

Papageorge's has racked up more than $500,000 in medical injuries, but was suing for unspecified damages, his lawyer said.

Cendoya was not named in the lawsuit.