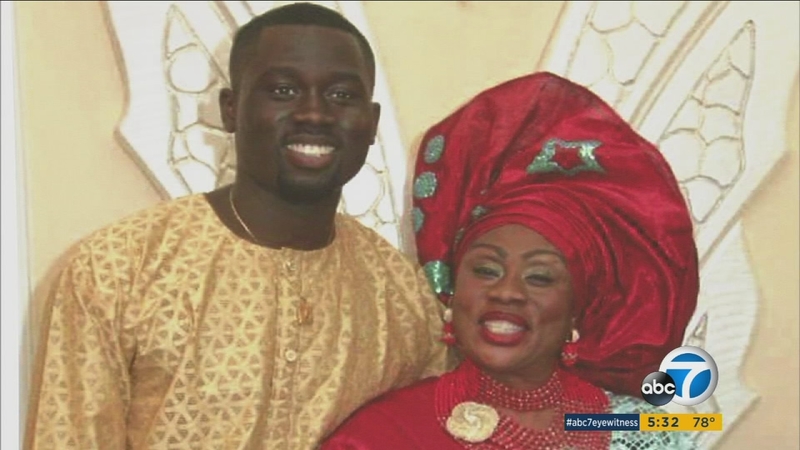 NORTHRIDGE, LOS ANGELES (KABC) -- Distraught from the death of her only son, Kari Jolaoso hopes someone can shed light on who stabbed him to death in an underground parking lot in Northridge.

Jamal Oladapo, a Birmingham High School graduate and student at L.A. Film School, was found stabbed to death in the underground parking garage of the Merridy Village apartment building.

Neighbors said they heard an argument between three men around 1:30 p.m. Oladapo's body was found a short time later.

"I called him numerous times. He did not answer," his mother said.

On Monday morning, Jolaoso said she couldn't believe what she had found at her door: his clothes, headphones, cellphone, house keys and wallet wrapped in his jacket.

Los Angeles Police Department homicide detectives are investigating the incident. The coroner confirmed that Oladapo died from stab wounds to the chest. Until something new happens, Jolaoso waits for answers and prays for justice.