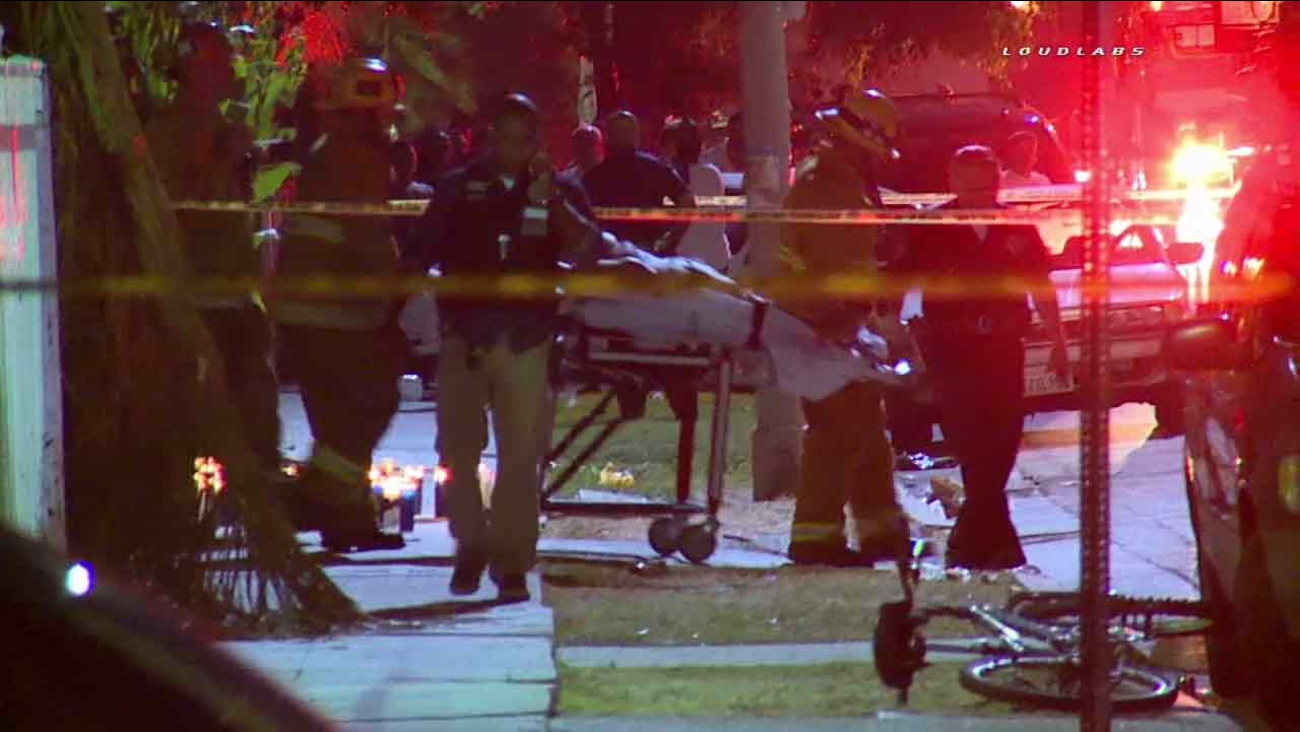 Firefighters and paramedics transport a victim in a shooting in South Los Angeles on Saturday, Aug. 13, 2016.

SOUTH LOS ANGELES (KABC) -- Four people were hospitalized following a shooting in South Los Angeles Saturday night, and police were on the hunt for a suspect.

The gunfire happened just before 11 p.m. in the 6300 block of 11th Avenue, according to officers from the Los Angeles Police Department's 77th Division.

It was unclear what sparked the shooting, but police said two men and two women were wounded. None of the victims were in critical condition, according to police on Sunday.

LAPD officials said there was no immediate information on a possible suspect and no arrests have been made.
Related topics:
south los angeleslos angelessearchshooting
Copyright © 2021 KABC-TV. All Rights Reserved.
More Videos
From CNN Newsource affiliates
TOP STORIES