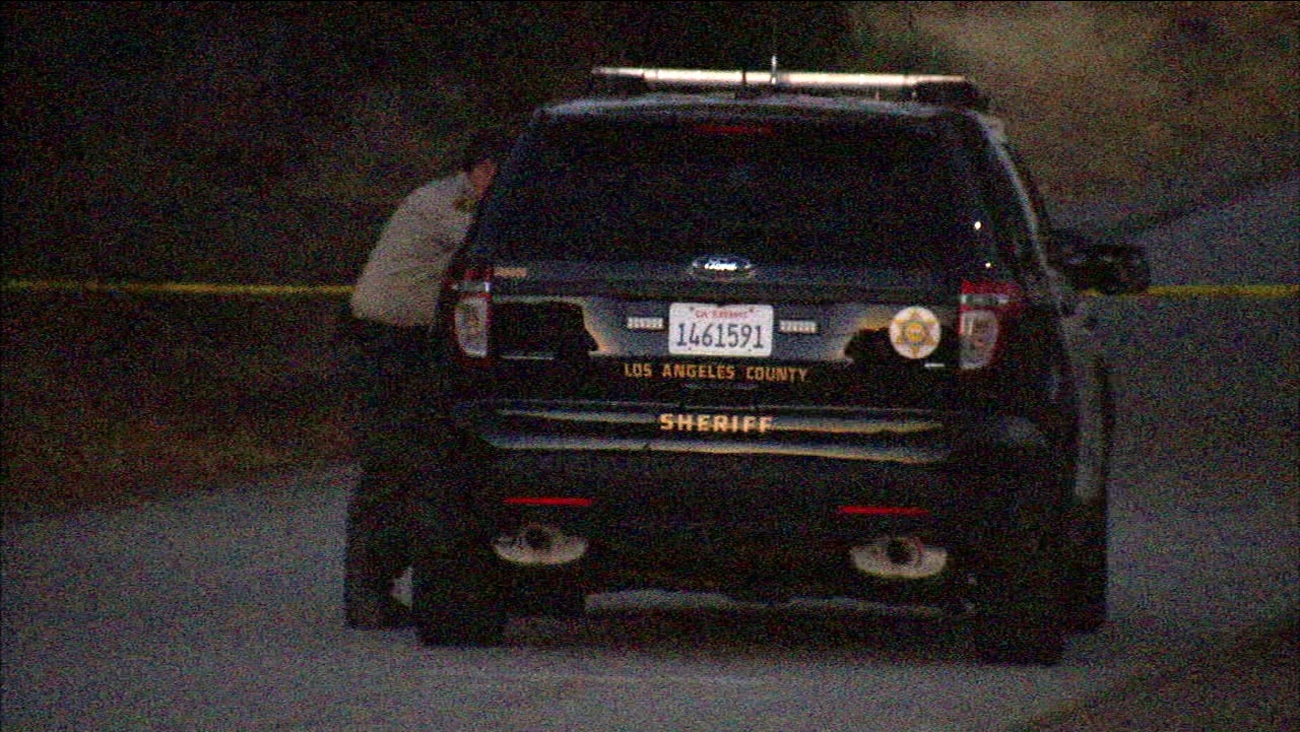 Los Angeles County sheriff's personnel responded to the unincorporated area of Lebec to investigate the death of a woman on Sunday, Aug. 14, 2016. (KABC)