Two deputies were in a marked radio car when they encountered a man standing on a sidewalk in the 400 block of Wilmington Avenue around 8:30 p.m., officials said.

Deputies say they tried to talk to the man, but he suddenly pulled out a handgun and ran northbound on Wilmington, authorities said. The deputies chased the suspect on foot, eventually catching up to him near the wash on West Arbutus Street, east of North Kemp Avenue.

The suspect pointed the gun at deputies and a deputy-involved shooting occurred, according to authorities. The man was struck and died at the scene.

Authorities searched for the weapon in the wash and surrounding area but said they had not found it as of late Friday. They asked anyone who finds a gun in the area to leave it in place and call the Compton Sheriff's Station or 9-1-1. 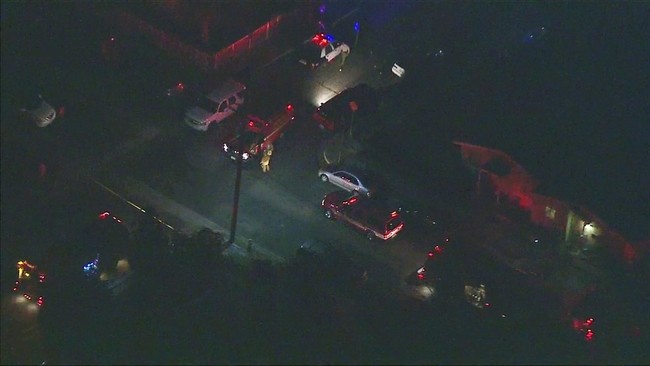