KABC
By Leslie Lopez, Marc Cota-Robles and ABC7.com staff
LOS ANGELES (KABC) -- The Los Angeles City Council passed an emergency motion Friday to stop the sale of spice, a synthetic form of marijuana that has resulted in dozens of overdoses among the homeless community.

Spice has become popular among the homeless population on Skid Row. On Aug. 19, 50 people were evaluated after falling ill from the drug and 38 were hospitalized. A similar incident happened Monday with 18 people overdosing on the drug.

Officials called the rise of spice overdoses during the summer a public health crisis and said a team effort would be needed to come up with a solution.

The Los Angeles County Department of Public Health also issued a warning against the use of spice, saying it is extremely harmful and it is unclear what exactly is in the synthetic strain of pot.

The drug is commonly referred to as spice, but can also be known as sexy monkey, black mamba and twilight, according to the health department.

Since the chemical recipe is constantly changing, Englander and Councilman Jose Huizar want legislation to ban any chemicals that can cause severe symptoms similar to what spice does.

They said they are primarily after the people who are making and selling the drugs, which at some points can contain household chemicals such as Raid.
Related topics:
los angelesskid rowlos angeles countylos angeles city councilmarijuanaillegal drugshealthhomelesssales
Copyright © 2020 KABC-TV. All Rights Reserved.
RELATED 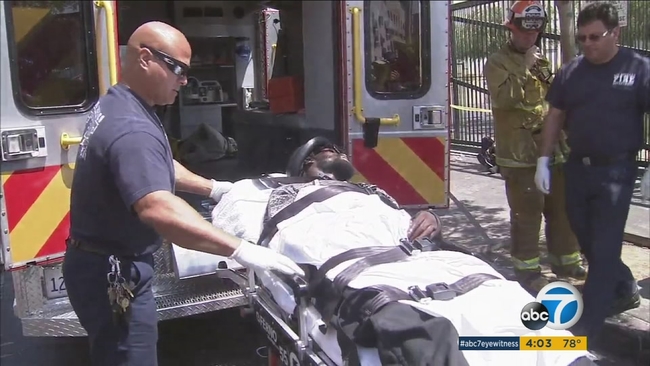