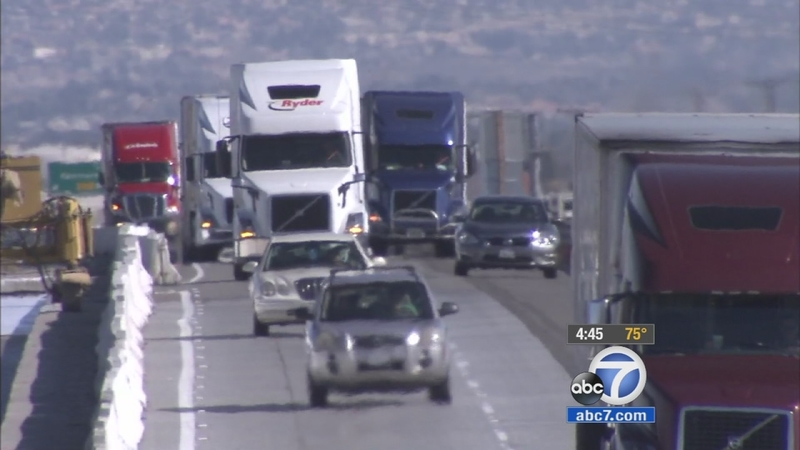 15 Fwy construction moved to nighttime to ease traffic in IE

HESPERIA, Calif. (KABC) -- Construction on the 15 Freeway between the Cajon Pass and Barstow has caused heavy traffic for motorists. Caltrans says they'll move the work to nighttime to ease congestion.

"It's pretty bad all around, obviously you have to leave to work an hour and a half earlier than what you used to before," said Efraine Osorio of Victorville.

It's all because of a Caltrans project to repave the shoulders. Crews are also planning on redoing the pavement with something called Superpave, which Caltrans says will last 25 percent longer than regular asphalt.

"Gives a better life expectancy, holds up better in extreme weather conditions and with the heavy traffic that we get," explained Terri Kasinga with Caltrans.

The trouble is, most of the construction has been during daytime hours with three lanes of traffic narrowed down to only one lane.

"Didn't work out too well. We had some pretty heavy delays out there. Five to 10 miles at times, sometimes an hour or an hour and a half," Kasinga said.

Consequently, Caltrans, starting Wednesday, has asked the contractor to do most of the work at night so traffic shouldn't be as bad anymore.

Some may ask why the contractor has been doing so much construction during daytime hours in the first place. Caltrans says they're really in a race against time and Mother Nature.