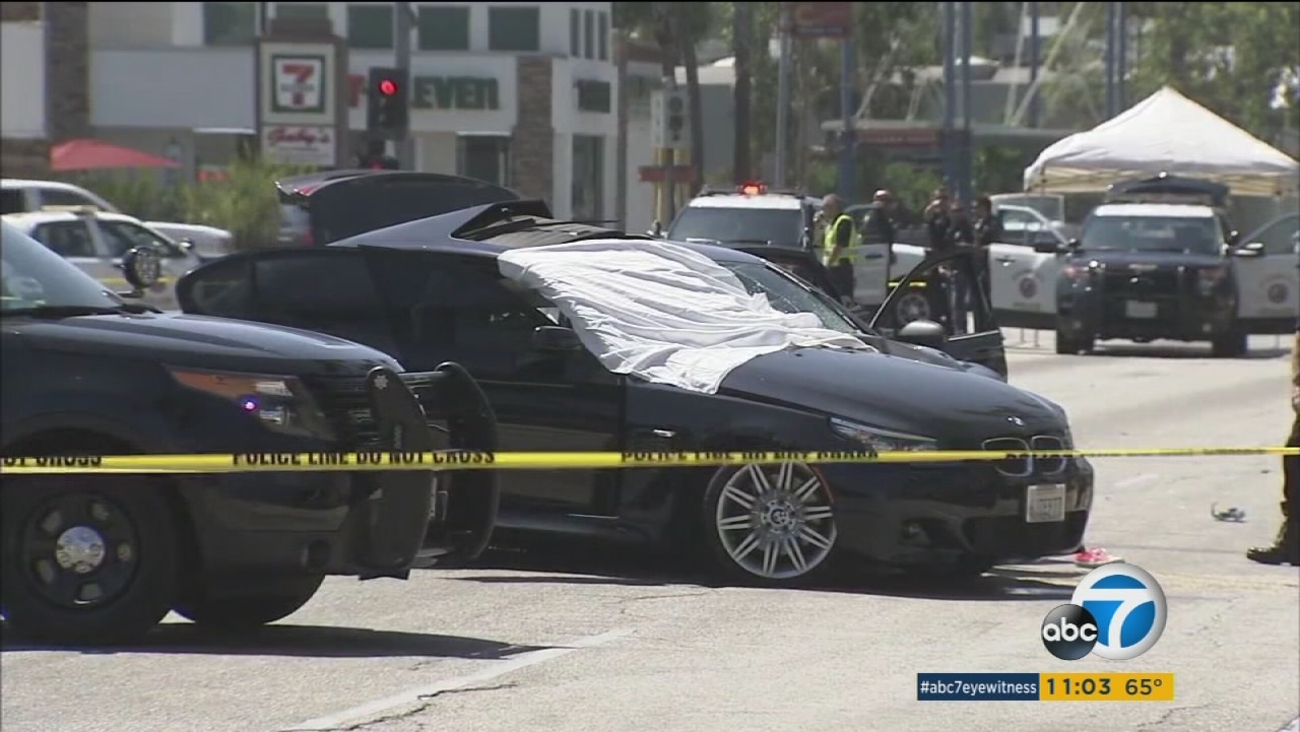 Police say a stolen car with a female underage driver behind the wheel ran a red light and plowed into a sedan, killing a father and injuring his 8-year-old son in Culver City. (KABC)

CULVER CITY, Calif. (KABC) -- A father died and his son was injured Saturday in Culver City when their car was hit by an underage driver in a stolen car who fled the scene, police said.

Investigators say a juvenile female was behind the wheel, driving with three other people when officers tried to pull over a car with no license plate around 11 a.m.

Police later learned that the Ford Fusion with paper plates had been stolen in Santa Monica.

The car sped off westbound, heading through a red light at Washington and La Cienega boulevards and then smashed into a BMW sedan, police said.

A 33-year-old Los Angeles resident and his 8-year-old son were inside that sedan.

The man died and his son was taken to the hospital with serious injuries that police say are not life-threatening.

The underage driver of the car, which police say was stolen, fled the scene on foot, as did three other occupants. One was seen on video walking into an AM/PM store near the crash and asking for a key to the bathroom, apparently in an effort to hide. Police ran in soon after and arrested him.

The other three were also arrested and taken to hospitals with injuries from the collision that were not considered life-threatening. The names of the underage suspects were not released.
Related topics:
culver citylos angeles countytraffic fatalitieshit and runstolen carcollisionhit and run accident
Copyright © 2021 KABC-TV. All Rights Reserved.
More Videos
From CNN Newsource affiliates
TOP STORIES