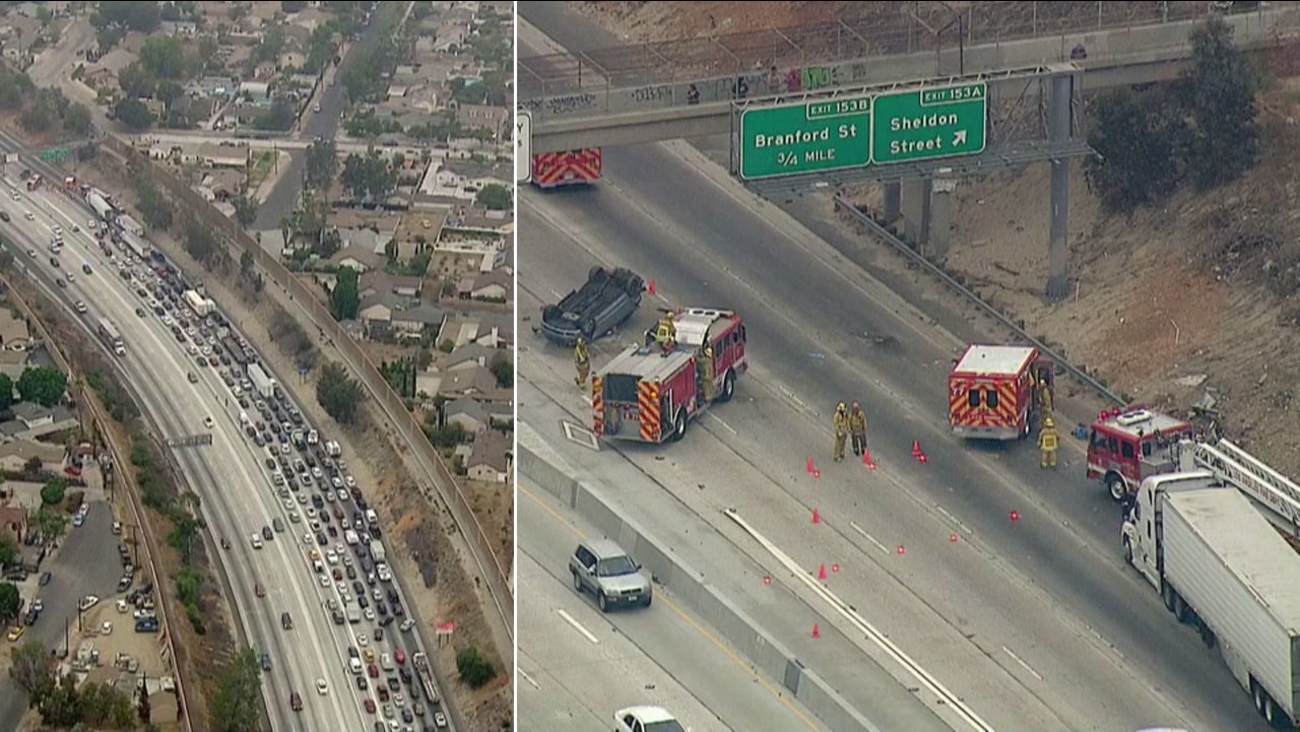 Firefighters responded to a rollover crash on the 5 Freeway in Sun Valley, which shut down lanes and caused a large traffic jam on Monday, Sept. 12, 2016. (KABC)

SUN VALLEY, LOS ANGELES (KABC) -- The northbound side of the 5 Freeway in Sun Valley was shut down for a short time after at least four people were injured in a rollover crash Monday morning.

Authorities said shortly before 7:30 a.m. a single-car crash happened on the northbound side of the freeway, just south of Sheldon Street.

A car overturned, leaving at least four people injured with one of the occupants being ejected from the car. The conditions of the victims were unknown.

Traffic was backed up for more than a mile from the Sheldon Street area, and a SigAlert was issued.