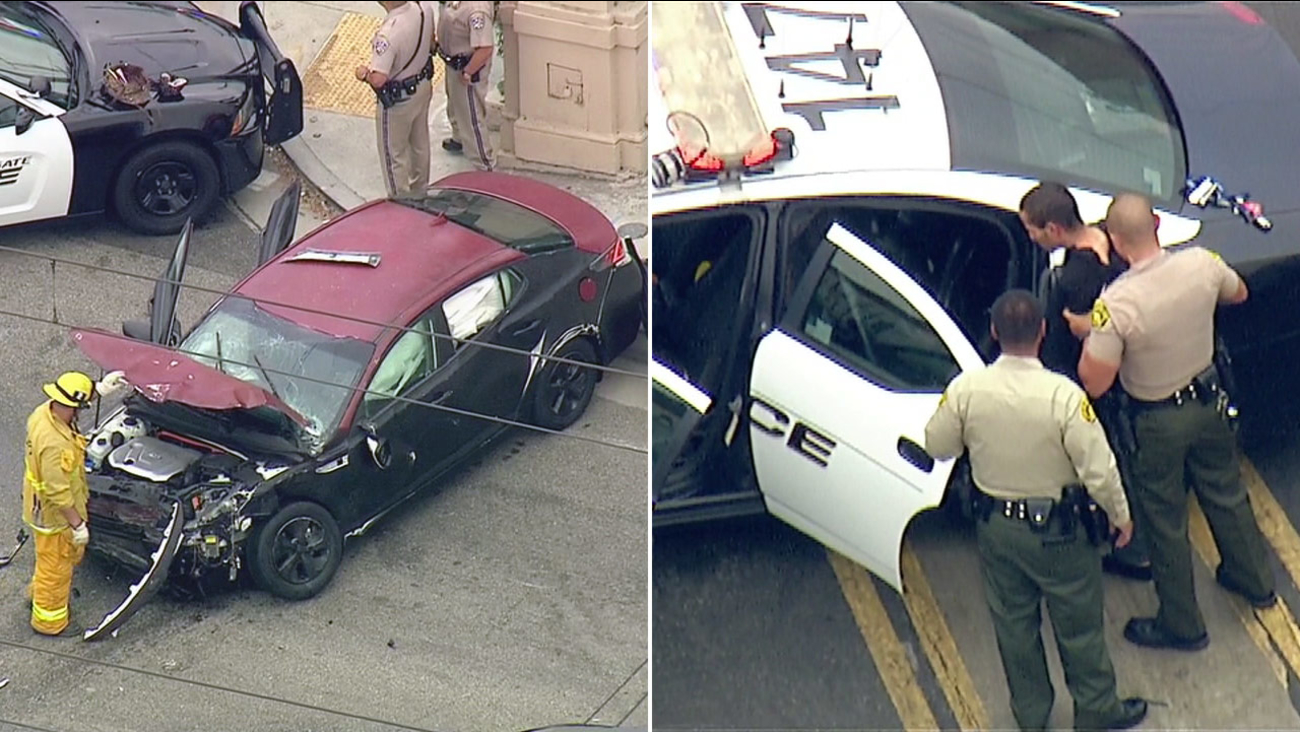 A police chase that started in South Gate ended in a crash in Alhambra on Monday, Sept. 12, 2016. (KABC)

SOUTH GATE, Calif. (KABC) -- A police chase that sparked in South Gate ended in a violent crash in Alhambra on Monday.

South Gate police said officers attempted to pull the car over for driving erratically and reckless near Garfield Avenue and Firestone Boulevard at about 9:25 a.m.

Authorities said the driver, identified as Rolando Pineda, took off and got on the 710 Freeway and eventually drove to the 10 Freeway.

Police said Pineda exited the freeway in Alhambra and crashed into an SUV at Mission Road and 1st Street.

The violent collision caused both vehicles to veer into oncoming traffic, according to officials.

Authorities said Pineda ran from the scene, jumping over the bridge on 1st Street and onto a business below.

Pineda ran into the business and officers said they found him hiding in a closet.

Police said he was taken into custody for evading, felony hit and run, and possession of identity theft items.

Pineda was found in possession of stolen mail and checkbooks, according to authorities.

There were two passengers in Pineda's vehicle, but police said they were not arrested.

The two passengers were taken to the hospital after complaining of pain following the crash, authorities stated.