Pedestrian, 65, dies 2 days after being struck in Studio City hit-and-run; driver at large 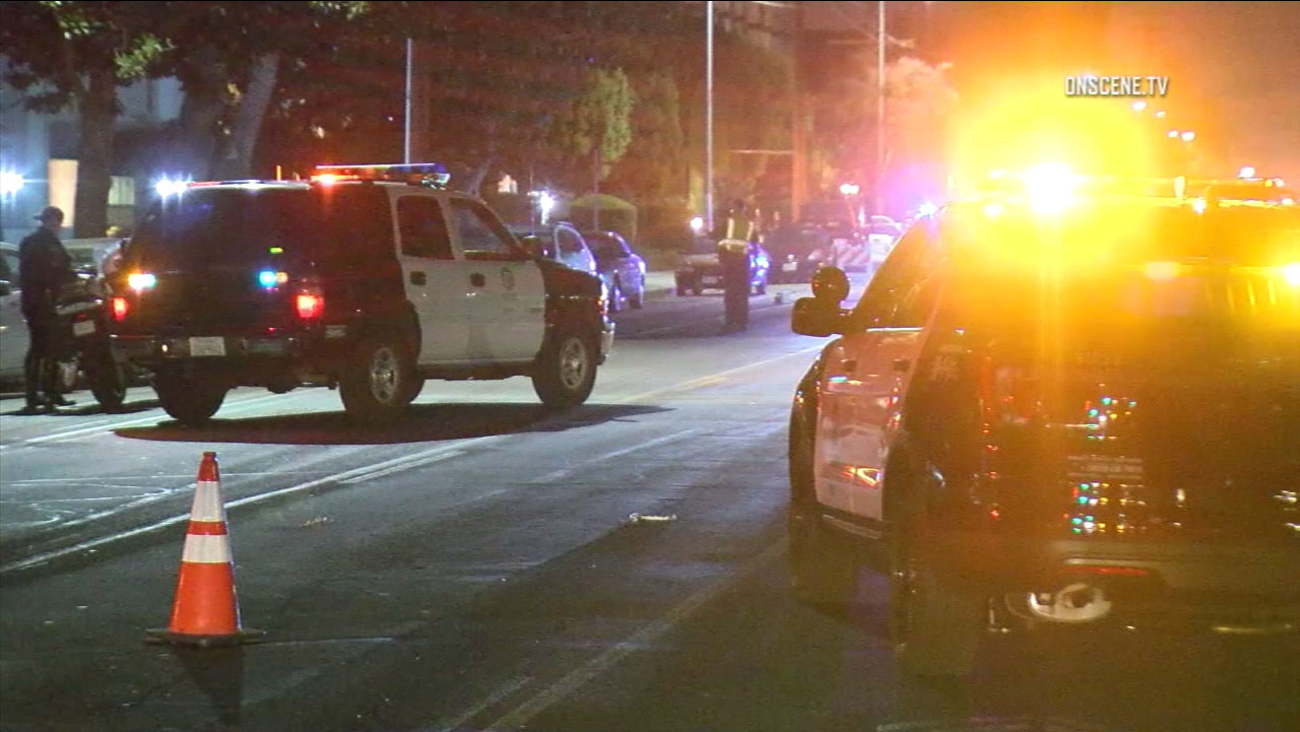 Los Angeles police responded to the 12800 block of Moorpark Street in Studio City after a pedestrian was fatally struck on Friday, Sept. 23, 2016. (OnScene)

The crash happened shortly before 7:30 pm. Friday in the 12800 block of Moorpark Street, where a man was crossing the roadway in mid-block, according to the Los Angeles Police Department's Valley Traffic Division.

After the collision, the driver fled the scene without stopping to help the victim, the LAPD said in a statement.

The critically injured man was transported to a hospital; the police department announced his death Sunday afternoon. His name was not immediately released.

Some residents say roads in the area are particularly hazardous due to speeding motorists.

Chris Johnson said he has often seen "cars coming down here at like 90 miles an hour."

"It's never-ending, it's constant. I call it 'Coldwater speedway," Johnson said, referring to nearby Coldwater Canyon Avenue.

The hit-and-run vehicle, which likely has front-end damage, is described as a gold 1988 Saturn Ion four-door sedan with California license plate No. 6HAY595, according to investigators.