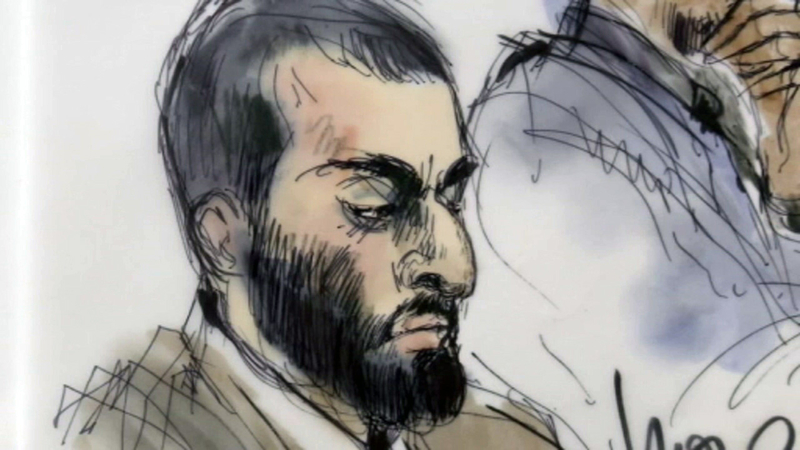 SANTA ANA, Calif. (KABC) -- One of the two Anaheim men convicted of conspiring to aid ISIS was sentenced to 30 years in prison.

Authorities arrested Nader Elhuzayel at Los Angeles International Airport in May of 2015, as he was preparing to board a plane to Turkey to join ISIS.

"There's no remorse, no repudiation of ISIL, only death and destruction," U.S. District Judge David Carter said at Elhuzayel's sentencing on Monday.

In addition to the 30 years in prison, Elhuzayel was also ordered to have supervised release for life.

Elhuzayel used social media to communicate with ISIS members and expressed his desire to die as a martyr, according to federal prosecutors.

Officials said video taken in October of 2014 showed Elhuzayel swearing allegiance to the leader of ISIS, Abu Bakr al-Baghdadi, and pledging to travel to join ISIS to be a fighter for the terrorist group.

Jurors took just over an hour to find the two men, both 25 years old, guilty of the charges.

MORE: 2 Anaheim men convicted of conspiring to fight for ISIS

Badawi stopped eating while in custody, dropping to just over 100 pounds. A judge told him if he didn't gain weight he would be force-fed.

Badawi faces 35 years in federal prison and then deportation back to Sudan at his sentencing in October.