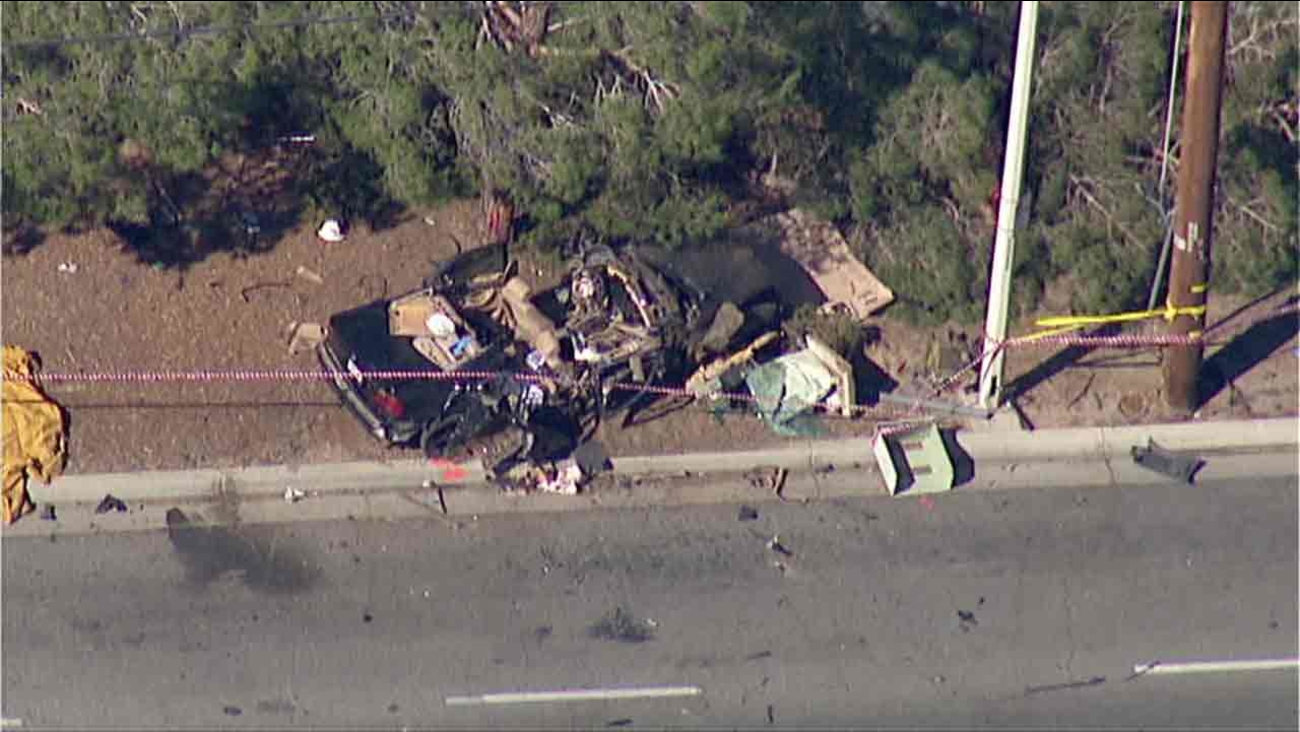 The aftermath of a deadly crash that left a Southern California Edison worker killed in Lancaster on Friday, Sept. 30, 2016.

LANCASTER, Calif. (KABC) -- The Los Angeles County Department of Medical Examiner-Coroner on Sunday identified a Southern California Edison worker who was struck and killed by a car while on the job in Lancaster.

On Friday, the driver of an older model BMW was traveling westbound on Avenue K when he lost control and struck the utility worker, who was working on the ground near a power pole.

The crash happened at 20th Street East and Avenue K, according to the Los Angeles County Fire Department.

Smith was pronounced dead at the scene.

SoCal Edison tweeted it was saddened by the loss of Smith and said "thoughts and prayers are with his family."

We are deeply saddened this weekend by the death of our colleague Gerald “Skip” Smith Jr.

Our thoughts and prayers are with his family. pic.twitter.com/4VmPcu9jAc

Firefighters used the Jaws of Life to extricate the driver, who is in his 20s, according to officials. He suffered serious injuries and was transported to an area hospital. His condition was unknown Sunday.