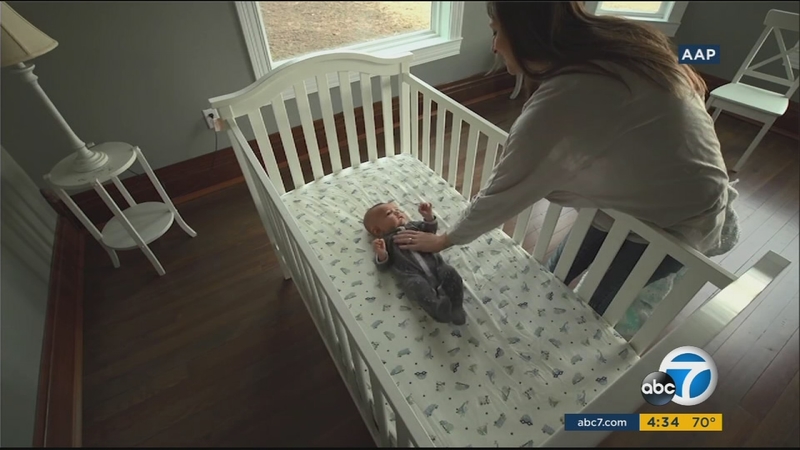 PASADENA, Calif. (KABC) -- The number of babies dying from sudden infant death syndrome (SIDS) has remained the same for years, despite efforts to educate parents.

There are things like breastfeeding and skin-to-skin contact that parents can do to foster bonding and brain development. But pediatricians are offering other important information - some of which could save your infant's life.

"We really don't know what the causes of SIDS are. We just know that there are certain things that can reduce SIDS," said Dr. John Mangoni, a pediatrician.

In a video released by the American Academy of Pediatrics, the group emphasizes having your newborn sleep in the same room as the parents for the first year - but in separate sleeping spaces.

"The safest place for the baby to sleep is in a crib, or a bassinet or play pen - something that is separate from where the parent is sleeping, and the only thing that should be in the crib should be a tight fitting mattress with a tight fitting sheet and the baby," said Dr. Rachel Moon with the American Academy of Pediatrics.

Experts say following these guidelines and having babies sleep on their backs can slash the risk of SIDS by half.

Dr. Sam Hanke is a pediatrician himself, yet he lost his 3-week-old to SIDS when the two fell asleep on the couch.

"The mouth and the nose may have been entrapped by the father's shoulder or whatever. They both fell asleep and that's unfortunately what happened," Mangoni said.

The new evidence also reveals using a pacifier, staying up to date on immunizations and not smoking all play a significant role in reducing the risk of SIDS.

"It has been shown that if we do all of these various recommendations, things will be more on the side of decreasing SIDS," Mangoni said.