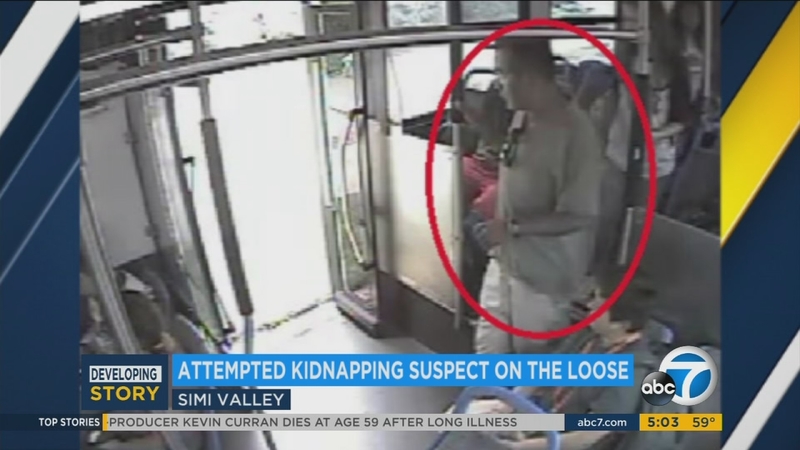 SIMI VALLEY, Calif. (KABC) -- Police are searching for a man who tried to kidnap a 13-year-old girl after she got off a city bus in Simi Valley.

According to a news release from the Simi Valley Police Department, the victim boarded the bus at about 3:45 p.m. Monday near the intersection of Tapo Street and Township Avenue.

Some 15 minutes later, the bus stopped at Stearns and Cochran streets, and both the girl and a man in his 30s exited the vehicle, authorities said.

"While the female juvenile was walking toward her home, the male suspect grabbed her and tried to force her to come with him," the statement said. He released her when a motorist honked a horn at him.

The incident was captured on surveillance video, but the footage was withheld from public view to protect the child's identity, authorities said.

After the girl went home and informed her father of the encounter, officers responded and conducted a search for the suspect, according to police.

Investigators are attempting to identify the man and would also like to speak with the driver who honked at him.

Anyone with information about the case is asked to call Detective Jeff Quartararo of the Simi Valley Police Department at (805) 583-6956.