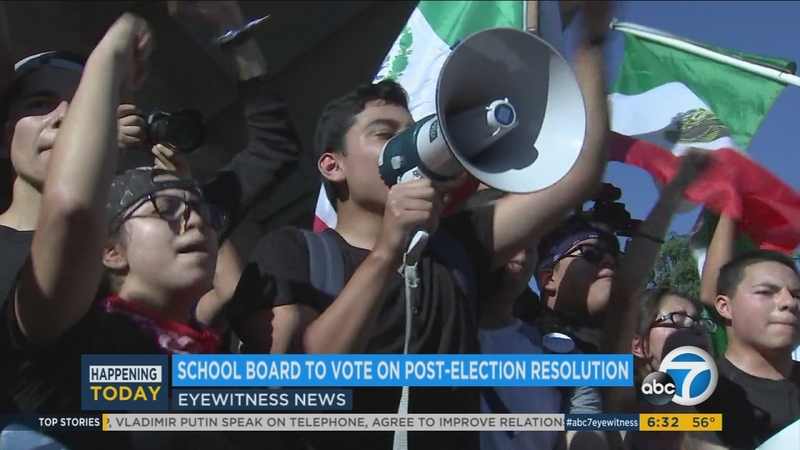 LAUSD to vote to protect students from future immigration policies

LOS ANGELES (KABC) -- Just a day after hundreds of students walked out of class in protest of President-elect Donald Trump, the Los Angeles Unified School District Board of Education was considering a resolution that would turn its campuses into community safe zones.

Students from Garfield High School, along with other Los Angeles campuses, marched to City Hall on Monday to call for unity and for local officials to protect them from any future immigration policies or executive action.

The voices of those students were heard and as a result, the school board decided it will vote Tuesday on a proposal to dedicate a web page or a hotline for family members with concerns, and create a day of understanding to educate students and their families about their rights.

The LAUSD would also pledge to protect identities of students or employees affected by future immigration policies, and last but not least, the district would write a letter to President-elect Trump discussing American ideals.

Seventy-four percent of the school district's students are of Latino descent and more than 84 percent of students qualify for free lunch.