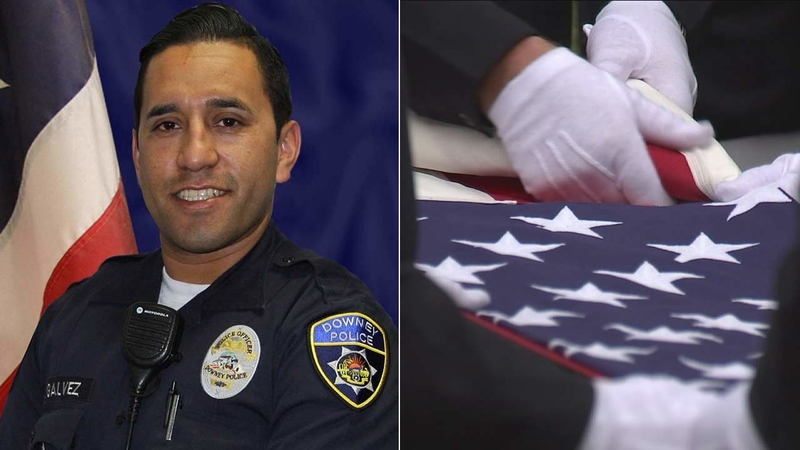 A Downey resident showed his support for the Downey Police Department Saturday night, following the killing of an officer during a robbery attempt earlier this week.