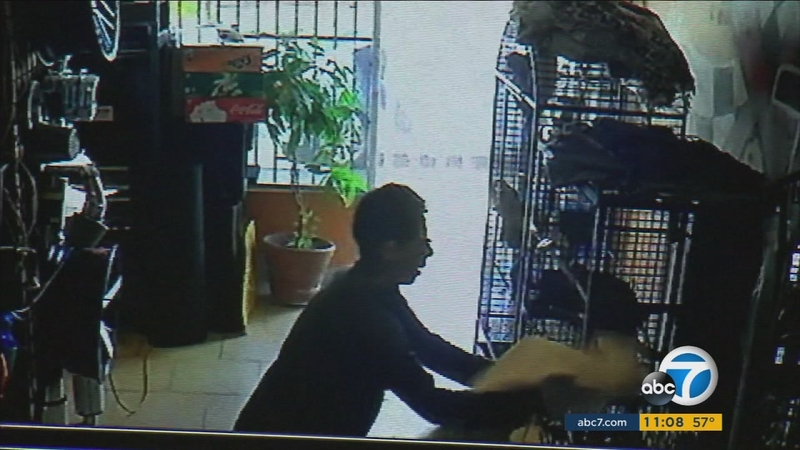 SOUTH GATE, Calif. (KABC) -- Surveillance video from a South Gate store shows the moment a thief snatches a $2,000 African grey parrot in a blanket and takes off.

The video is from Xtreme Motorsports, and in the video, the female suspect on camera is asking an employee to get something from the back of the store. When the employee leaves, that's when the suspect snatches the bird and flees in what appears to be an Uber.

Employees are seen running after the woman, even opening the door to the car, which for some reason takes off with the stolen bird in tow.

Karen Valadez's boyfriend owns the store and said the bird is named Max, who is a family pet.

"We're all devastated," she said. "We're just also scared what might happen to him because he's not like a regular caged bird. He gets stressed out and he's not going to survive."

South Gate police are investigating and have a good lead. In addition to being caught on camera, the suspect dropped their phone as they got into the car. Police said they do not know if it is hers or a friend's, but a photo on the home screen shows what looks like the suspect.

Max's owners even sympathized with his captor, but asked for the bird to be returned home.