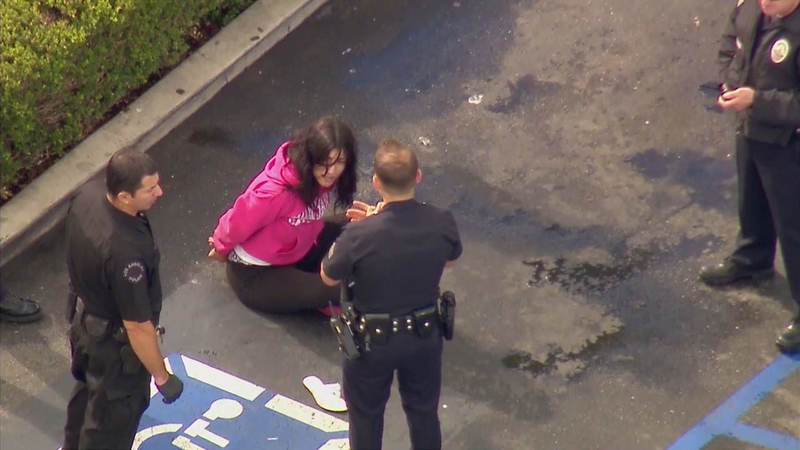 A loss-prevention officer at the grocery store stopped the woman right outside the front door around 10 a.m. Monday for allegedly shoplifting, Los Angeles police said.

When the woman started screaming, her boyfriend emerged from the parking lot and tried to pull her away from the Gelson's employee.

A Good Samaritan, who happened to be in the parking lot at the time, saw what was happening and went to help the loss-prevention officer.

That's when the suspect's boyfriend pulled out a knife.

The Good Samaritan suffered non-life threatening slash-type wounds in the upper torso, neck and ear, and the knife-wielding boyfriend suffered cuts on his hands. Both were transported to an area hospital.