Vin Scully, Tom Hanks among those given Medal of Freedom 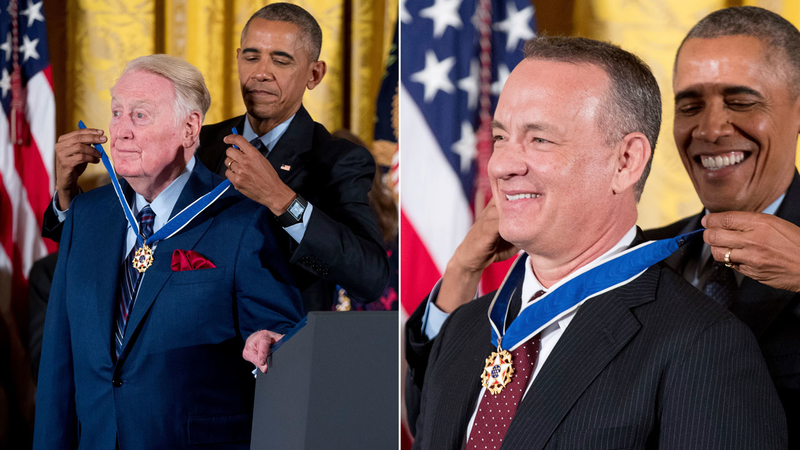 Vin Scully, other notable figures given Medal of Freedom

The award is the nation's highest civilian honor. It recognizes exemplary contributions to the national interests of the U.S., its culture, world peace, or other significant private or public endeavors.

"Today we celebrate extraordinary Americans who have lifted our spirits, strengthened our Union, pushed us toward progress," President Barack Obama said during the ceremony.

Before the ceremony, DeGeneres created a short mannequin challenge video and also tweeted that she wasn't allowed into the White House because she had forgotten her identification card. She was later allowed inside.

They haven't let me in to the White House yet because I forgot my ID. #NotJoking#PresidentialMedalOfFreedom pic.twitter.com/sHocwqChKV

Obama provided introductions to each recipient, which included some of the contributions they've made to society.

"Since Jackie Robinson started at second base, Vin taught us the game and introduced us to its players. He narrated the improbable years, the impossible heroics, turned contests into conversations."
EMBED More News Videos

"Physically, intellectually, spiritually - Kareem is one-of-a-kind. An American who illuminates our most basic freedoms and our highest aspirations."
EMBED More News Videos

"He's inspiring our next generation through his advocacy for arts education in our schools...Frank's work teaches us that while buildings may be sturdy and fixed to the ground, like all great art, they can lift our spirits, they can soar and broaden our horizons."
EMBED More News Videos

"Today, every day in every way, Ellen counters what too often divides us with the countless things that bind us together, inspires us to be better - one joke, one dance at a time."
EMBED More News Videos

"America's dad has stood up to cancer with his beloved wife Rita, he's championed our veterans, supported space exploration, and the truth is, Tom has always saved his best roles for real life. He is a good man, which is the best title you can have."
EMBED More News Videos 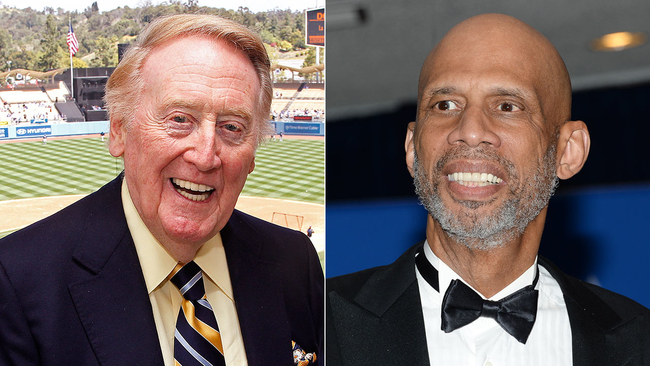