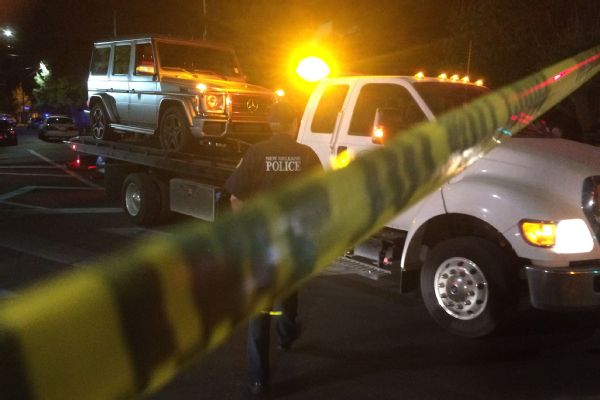 NEW ORLEANS -- Former Saints player Will Smith was accused of bringing about "his own demise" by the friend of Smith's accused killer, Cardell Hayes, during one of the most dramatic moments to date in Hayes' murder trial.

That friend, Kevin O'Neal, testified for nearly four hours Thursday, stressing the point that Smith and others in his party were acting as the aggressors in an altercation that led up to Hayes' shooting Smith eight times and Smith's wife, Racquel, being shot in the legs.

O'Neal's statement came when he responded loudly to an assistant district attorney who was asking about Smith not being there anymore for Racquel and their children.

"Did her husband bring it by his own demise?" O'Neal said -- which elicited loud sobbing from the area of Racquel and other family and loved ones. "I'm just asking. He attacked this man (Hayes) from the beginning to the end of that situation. At no point in time did I ever see this man (Hayes) irate or aggressive with anyone out there. At no point in time, my God's honest truth, did I ever see (Hayes) get angry."

Hayes is claiming self-defense in the case, which has centered on whether Hayes felt in fear for his life when he opened fire on Smith and allegedly on Smith's wife. Other witnesses have testified that Smith and passenger Richard Hernandez were both acting aggressively during a shouting match with Hayes and O'Neal and that they both had to be restrained by their wives.

One witness stated that Hernandez was acting in a "ridiculous" fashion, with one eyewitness testifying Thursday that he shouted, "I'm gonna f---ing kill you," followed by a racial slur directed toward either O'Neal or Hayes.

However, the state has repeatedly stressed the points that Hayes was the only one armed with a loaded gun when everyone exited their vehicles after Hayes' car crashed into Smith's car; that Smith was unarmed when he was shot; and that even if Hernandez was acting aggressively, no one seemed to be afraid of him, with multiple witnesses saying they found Hernandez's behavior almost comical.

And homicide detective Bruce Brueggeman testified that the police never found any evidence that Smith was armed or said he was going to arm himself -- though Hayes' defense team will try to show that Smith did.

Another explosive moment that happened in court Thursday came when defense attorney John Fuller slammed down a legal pad and demanded a mistrial when the state asked O'Neal about a recorded statement he had made criticizing Fuller as a sellout or a nobody who gets people off on technicalities even if they're guilty. The judge denied Fuller's request.

Assistant District Attorney Laura Rodrigue began the day by focusing on multiple statements O'Neal gave to both the media and a grand jury about how he felt as if he could handle the men trying to fight him and wasn't "really" in fear for his life until he heard the gunshots.

The state referenced that O'Neal said, "How the f--- did it get from this to this?" O'Neal replied, however, that, "Me having confidence in my ability to defend myself has nothing to do with the facts."

And O'Neal stressed that, "Before anyone was shot, Mr. Hayes was under attack as well as myself. Point blank period."

Fuller drove home the point with O'Neal, with two neutral eyewitnesses and with the homicide detective, Brueggeman, that Smith and Hernandez were the only ones who needed to be restrained by anyone during the altercation. Fuller also made the point that Hayes was not some stone-cold killer since he didn't shoot at anyone when they exited their vehicles or when people were charging at him or taking swings at him.

Fuller suggested it was something Smith did that made Hayes act in fear of his life.

Fuller said Smith had done some great things. But he asked O'Neal, "Was he acting like a great man that night?" And O'Neal said no.

Then O'Neal was asked if the two sides were reversed but the facts of the case stayed the same, would Smith be there on trial for murder. And O'Neal replied, "I doubt it."

O'Neal was one of many witnesses, however, who said he did not see or hear what happened between Smith and Hayes in the moment before the first shot was fired. O'Neal said he didn't even know Hayes had a gun and didn't see him fire any shots, because O'Neal was occupied trying to hold off Hernandez and Hernandez's brother-in-law Jonathan Whipple at the time.

O'Neal testified that he saw Smith's body slumped over the driver's seat after the shooting with his arm extended and the glove box open -- as if he might have been trying to retrieve a gun. But the state pointed out that O'Neal said he retrieved his own gun after the shooting started -- and Smith might have been trying to do the exact same thing O'Neal did.

O'Neal also testified that he and Hayes were following Smith's car at a normal rate of speed that night with the intent of getting Smith's license plate number after they felt as if Smith had bumped them from behind moments earlier, then drove off.

O'Neal said Hayes' car accidentally crashed into Smith's car while they were trying to retrieve that license plate info and call 911. And O'Neal testified that several members of Smith's party came rushing aggressively at them after the accident instead of calmly discussing what happened.

The two neutral eyewitnesses that testified Thursday -- Justin Ross and Abby Levray -- agreed that Hernandez and Smith were acting more aggressively than Hayes and O'Neal, with Hernandez "definitely" acting the most aggressive, though everyone was arguing. They both testified that Smith's and Hernandez's wives were trying to restrain them.

Ross said Hernandez pushed his wife in the face to get her away. But Ross said Smith was not acting in the same manner toward his wife -- "not at all." And in Ross' viewpoint, Racquel had successfully restrained her husband and calmed him down before the shooting started.

Ross testified that nothing he saw warranted Smith's being shot. And he said O'Neal was the only one he heard mention a gun, saying something like, "Back off, back down, I have a gun."

Neither witness was looking at Smith and Hayes right before the shooting started, though, and neither could hear what was being said between Smith and Hayes. 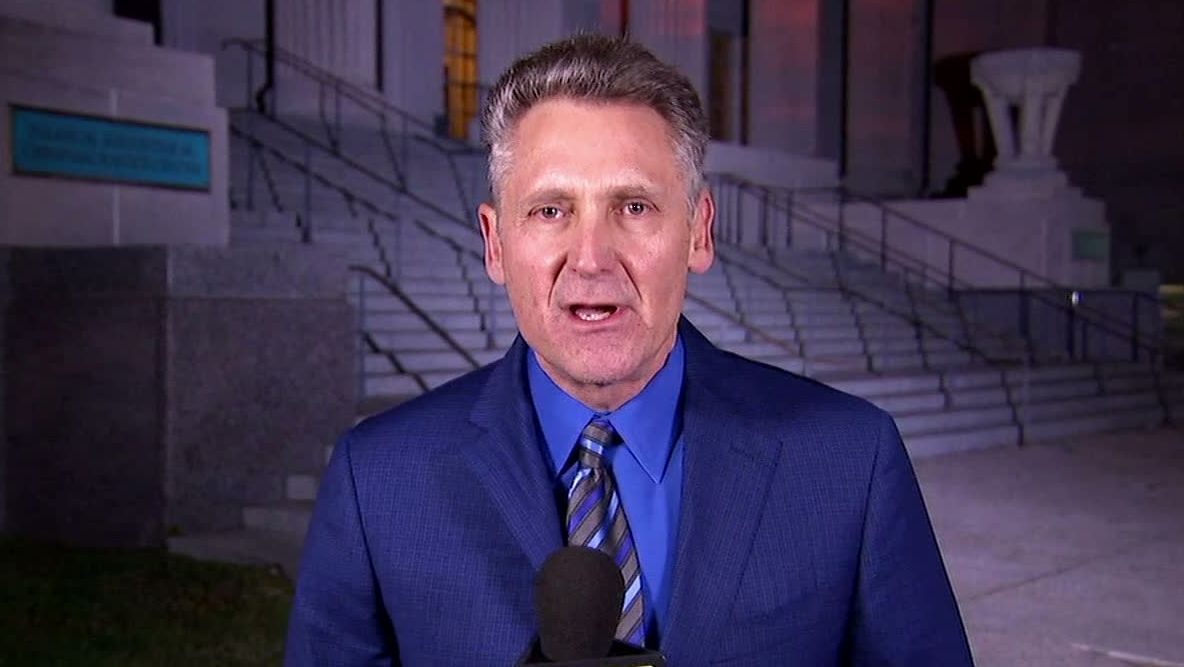