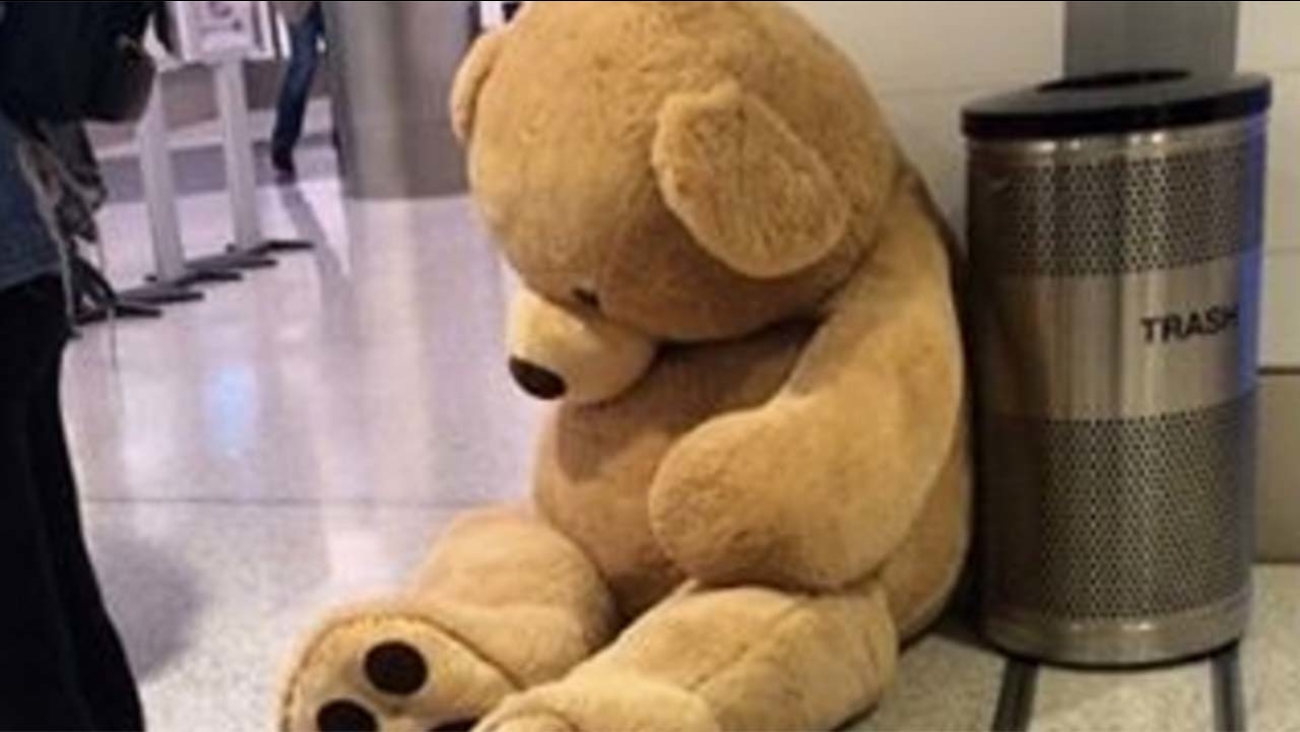 In a post on Instagram, TSA said, "This was a stunt to see if he could get the giant bear on the plane. He even made up a backstory that the bear was a gift for his girlfriend. The bear did not belong to a child."


TSA said the YouTube star actually bought a ticket for the bear, but after the airline and TSA decided the bear was too large, the airline offered to refund the ticket. The passenger had the option of checking the bear, but opted to leave it sitting by a trash can at the airport.

TSA initially posted that the bear looked sad and had been abandoned at the airport.