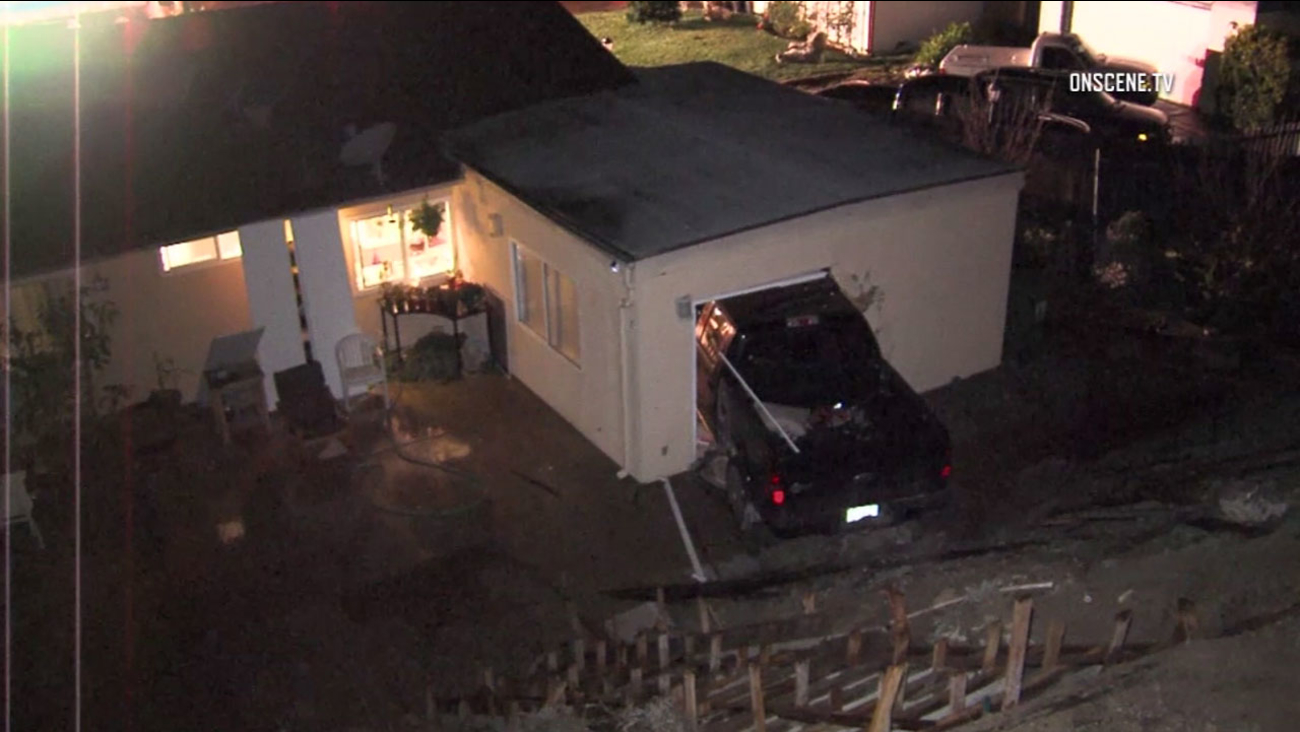 A pick-up truck crashed into a guest bedroom in the back of a Thousand Oaks home in the early morning hours of Thursday, Dec. 22, 2016. (KABC)